An IT engineer, Chitre entered the world of advertising co-incidentally. Today, he is the Creative Group Head at What’s Your Problem and has just won two Silver Lions at Cannes 2017. A poet at heart, Chitre talks to us about his journey so far and why he loves what he does 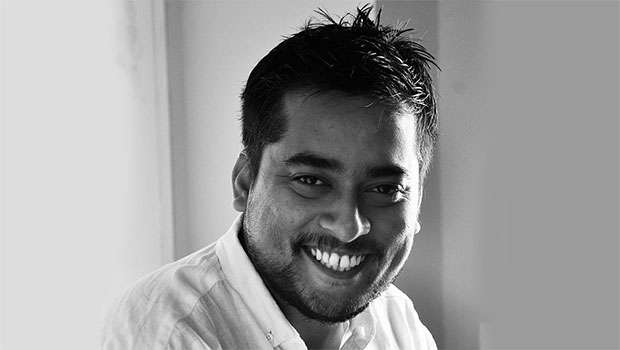 Mihir Chitre, Creative Group Head, What’s Your Problem, today has two Silver Lions to his credit for the work he did for Indian Association of Palliative Care. Not only did the campaign ‘#LaughAtDeath’ garner massive online viewership, it also managed to impress the jury at Cannes 2017. But Chitre’s entry into the world of advertising couldn’t have been more accidental.

“I am an engineer and I have also worked in IT for a-year-and-a-half. I even did engineering by choice, it wasn’t that someone forced me into that. But I realised that this was not somewhere I saw myself working for a long time. Primarily because there was no way I could have stood out. I was a decent engineer but it was something I did mechanically.”

Chitre, who had started writing short stories, poems and a few articles for newspapers right from when he was 18 years old, had always wanted to be a writer.

“About six years ago, I was in two minds whether I should continue with my IT job and what else could I do. Back then I didn’t even know what a digital agency was. I was a consumer of advertising but I thought advertising was films. But a friend of mine was working at Webchuteny and he told me about an opportunity there. I told him that I had no experience in the field but he asked me to give it a try, nonetheless. The moment I walked into their office, I knew that this was the kind of atmosphere that was more suited for the kind of person I am.”

Chitre, who cleared his copy test, still remembers the interview where he was asked to name some of his favourite digital campaigns. He couldn’t think of any because he didn’t know what a digital campaign was.

“Webchutney was a very enriching experience for me because even six years ago, digital agencies and the digital world looked very different. At Webchutney, we were a team of six to seven writers and everyone would be involved in everything – from responding to messages on social media to working on pitches to thinking of campaign ideas. It took me about six months or so to get a good understanding of what a campaign was and I learned everything on the job. Basically, my initiation into digital started with Webchutney and looking back I can’t think of a better place to start getting an understanding of digital.”

Chitre left Webchutney for a brief stint at Quasar before joining Ogilvy & Mather, where he worked for two-and-a-half years. Chitre has been with What’s Your Problem for about 14 months now and says the experience is vastly different from the one he had at O&M.

“Here I joined as a Group Head and the experience here has been very different from what I had at Ogilvy. I really love Ogilvy and I always will, much of what I know about advertising, I learnt it there but I also think at some point, I had gotten into this comfort zone at Oglivy. It was an instinctive call to switch from Ogilvy to here because I met Amit and I was really impressed with the idea he had for this agency at that point in time. My time here has been every eventful and I think I have got out some amazing work here at What’s Your Problem. This is a truly integrated agency in that sense. People don’t think in terms of digital or print, which is the advertising I believe in. You get a brief and you crack the campaign and eventually you take it to whichever platform.”

When asked about the one project he has really enjoyed working for, Chitre believes every project he has worked for has played a part in bringing him where he is today.

“There are many projects that I have worked on with the same heart, same passion and the same talent. Some of them did not amount to anything and some of them did and got their due but without those learning experiences I don’t think I would have ever reached where I am today and the kind of work I am doing now. So, I can’t think about any one campaign in isolation when talking about my evolution as a creative guy.”

But he also agrees that ‘#LaughAtDeath’ is not only the biggest project of his life so far but also the most challenging.

“I still remember the first time sitting in a conference room when we were discussing this brief and everyone was coming up with the initial ideas, when I came up with this idea of ‘#LaughAtDeath’, the instinctive reaction of most people in the room was that we shouldn’t do it. There were a lot of questions like ‘Will it be taken in the right spirit?’; ‘Will it be executed in the right spirit?’. So, this is not just one of my best campaigns but also one of my bravest ideas of all time.”

Apart from ‘#LaughAtDeath’, Chitre has also contributed to winning businesses like Amazon at What’s Your Problem and his idea of a Twitter battle between Baba Sehgal and the Chonkpur Coach for Amazon's IPL got talked about massively. While at OglivyOne he has also worked for brands like Bisleri Urzza, Tata Sky and Asian Paints. His idea for Urzza "A Tweet Longer Than 140 characters" was hailed as a clever social hack whereas with "DonateAWall" for Asian Paints he worked on a series of three activation-led digital films.

The fact that advertising allows him to build an identity for brands is, for Chitre, the thing he likes best about advertising.

“It is much easier to do advertising when you think of brands as people because then there are brand personalities which you can imagine more easily. Every brand is trying to prove a point, sell a product or build an image in the society. Just like people even brands have objectives and if you can help give a brand an identity and that identity helps that brand achieve their objective, then I think you have done your job and doing that I believe is the biggest thrill of advertising.”

Chitre believes one of the things that has helped him in his career in advertising is the range of experiences he has had.

“I can work across platforms and the other thing that has really helped me is the brand understanding that I am able to get. To create good advertisements you need to understand brands very well and I have worked hard on that. As I mentioned earlier, when I started in this field I didn’t even know what a campaign was but I have read books and I have been fortunate enough to have worked with some brilliant people. So, I think the range of experience that I have had is definitely a strength of mine and also writing.”

Chitre also thinks honesty is a big strength of his but believes it may also be a double-edged sword.

“I am dreadfully honest about a lot of things. I am too politically incorrect a person. I think that not everyone is that secure and confident in their own space to understand my honesty and so sometimes it is a problem. I feel very strongly about things like ethics and credit, which I think is diminishing in the world of advertising. I have never taken credit for another’s work in my career and I don’t stand for it either. There have been people who have told me that in the long run I might have to let go of a few things to get ahead but people have also told me that my honesty and my ability to call a spade a spade, is something that sets me apart and will help me to go far in my career.”

A published poet, Chitre’s book of poems, ‘Hyphenated’, came out in the year 2014 and was published by Sahitya Akademi. Chitre likes writing poetry when not working and is a huge cinema buff and a lover of cricket.

So, what would he have been doing if not advertising?