Interning with Carat in 2009, Ross is now Group Head at the same agency. Ross takes us through her journey in the world of advertising 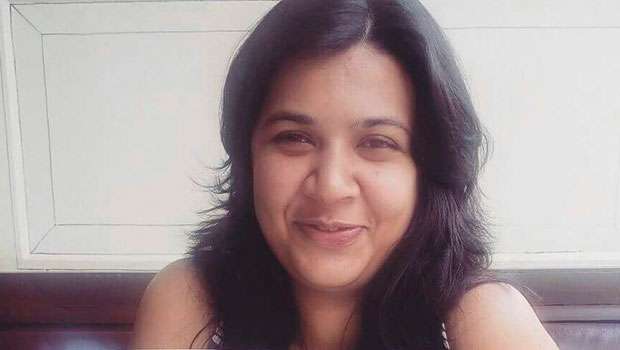 A Mumbai girl who did her Bachelor of Management Studies from Bhavan’s College and then pursued her post-graduation diploma in advertising and communication from EMDI, Deleise Ross today is Group Head, Strategy and Connections Planning, Carat India from January 2016. Her journey at Carat dates to 2009 when she interned with the agency.

Today, Ross primarily leads strategy for a part of the Chocolate portfolio on the Mondelez business and enjoys working on it. Her journey began seven years ago with Madison. “I was with Madison for three years and eight months. At Madison, I was a media planner and I worked on Saffola and the entire food portfolio. I was also a part the World Heart Day campaign and have won some awards at Emvies and Goafest.”

Ross soon moved to the skin care category at Madison and worked on Parachute Body Lotion & Bio-Oil. “I have also worked on the launch of Livon hair Dyes – a new product development brief on Marico. I had two promotions in Madison and I left the organisation as account manager,” she said.

From there, she moved on to Mindshare Fulcrum as a manager and worked on hair care brands Sunsilk, Toni and Guy and TIGI. After that she moved back to Madison as an account manager and started handling the Mondelez business from July 2015. “From July 2015 to date, I have been with the business. In January 2016, the account moved to Carat India and I moved along with the business to the agency as Group Head,” she narrated.

“It has been a great work experience. I have got to learn a lot in every business. My roles taught me the small nuances at work. I was always on the lookout of offering something new to the client.”

Ross is proud to have been a part of her work for Saffolalife-World Heart Day, which won the Emvies in 2011.

At Carat, she loves her work for Mondelez and her favourite being – the Five Star Kabali campaign.

As part of her role, Ross is the person who drives all the annual strategies and takes care of all integrated campaigns for whatever happens on her set of brands.

Elaborating on one of her good pieces of work, sometime last year, Ross worked on a challenge that one of the power brand, 5Star of Mondelez, was facing. Bringing out agility as her key strength, she took up the challenge to bring back growth for 5Star in the southern market. The brand was bleeding because of the strong presence of competition and regular TV GRPs were not moving sales.

Ross had the insight that, “When we mention South Cinema, the person that first comes to our mind is the ‘Superstar’ himself – Rajinikant. With his big release lined up for 2016, we devised a media strategy on how best we could leverage the movie for 5Star. We planned a crisp ‘Five Star Odda Superstar’ activity with integrated media campaign to drive the brand's message. Leaping on to this occasion we created a co-branded TVC with Kabali. The same was promoted across platforms like TV, Digital, Cinema and even high impact static medium like OOH and bus branding in 10 cities. We ensured that the brand got associated with Raj TV with a ‘Kabali Special’, which was a three-episode special for the movie.”

The brand also did a six-second bumper on YouTube, which had the highest brand recall and ran regional specific content. This activity was tied back to trade partners, who were gratified for their sales performance with a screening of the Kabali movie.

The outcome of the campaign too was appreciated. “While many brands were leveraging the association, we had a 65 per cent of the exposed TG associate with ‘Superstar Odda Five Star.’ The brand banked on the stardom of the actor and used the power of his fans to make the campaign a hit,” she said. She is collaborative and open to new partnerships which helped her bring together multiple partners to be a part of this successful campaign.

After six tough quarters, Q3 ’16 was the first quarter for Mondelez where the south showed a positive growth. Ross has also worked on bringing back kids’ brand Cadbury Gems back to life.

Ross’ work for Saffola’s World Heart Day had won the Emvies in 2011 and was also nominated at the Goafest Abby.

One of the campaigns that really inspired Ross is the Brooke Bond Red Label’s campaign ‘Six Pack band.’ “I wish I had worked on that campaign.” Ross finds her role model in Ashish Bhasin.

Typically her weekdays begin at 10:30 am in the office by taking a stock of what needs to be done. The day typically ends by 8:30 pm. Weekends are more unwinding as Ross catches up with content on Netflix. She also socialises, is a huge movie buff, a foodie and enjoys travelling.