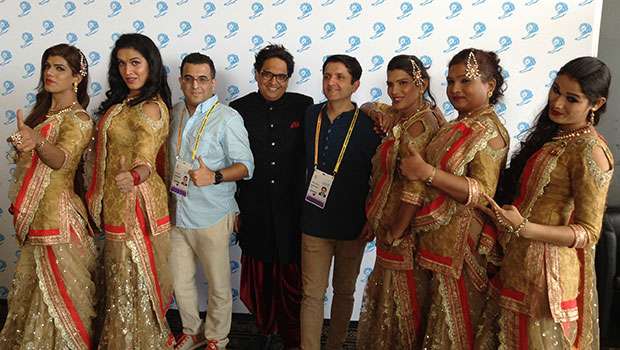 The band stands for the message of change and was invited to the festival to share their success story and their journey to this stage. Focusing on the message of inclusivity, the Brooke Bond red Label 6-Pack band has become a household name and a global example of addressing prejudice and bringing in change in society and this initiative through music has helped break these social barriers.

Shiva Krishnamurthy, Brooke Bond Red Label spokesperson and Category Head, Tea, Hindustan Unilever Limited, said, “It is a wonderful feeling to see the Brooke Bond Red Label 6-Pack band getting acknowledgement and accolades at the Oscars of advertising. It feels great to know that through our association with the campaign, we have been able to spread our message of inclusiveness, encourage people to become more accepting, break barriers and bond over a cup of tea.”

The campaign is also a ‘best-in-class’ example of Unilever’s Unstereotype initiative in action. Unstereotype, launched last year at the 2016 Cannes Lion Festival of Creativity, aims to advance advertising away from stereotypical portrayals of gender; delivering fresh campaigns that are more relevant to today’s consumer.

Gauravjeet Singh, Head Media South Asia for Hindustan Unilever, said, “We are grateful to the committee at the Festival of Creativity, Cannes for recognising the band. The journey of the band has been challenging as they have fought social barriers throughout their lives without losing hope. The strength of these six individuals is truly inspiring and today we see them perform on a global platform.”

Prasanth Kumar, CEO, Mindshare, South Asia, said, “The journey for all involved has been a bold one and it had challenges, excitement and passion. At the centre of this journey has been an incredible team of talented individuals from Unilever, Mindshare and YRF, Music boutique who executed this out-of-the-box idea and added scale to the social message. Watching them perform at the Cannes Glass Lion ceremony was truly delightful, and another milestone in our continuing journey to breaking barriers.”

Amin Lakhani, Leader, Fulcrum, Mindshare South Asia, said, “It is indeed a proud moment for India as our work is showcased at Cannes – the mecca of creativity. We are grateful to the Festival of Creativity, Cannes and to the Mindshare global leadership for recognising the band, and inviting them to perform for a global audience. This is a testimony and belief in our work that began almost two years ago at the HUL Content Day in June 2015. The band faced a lot of challenges throughout their journey, which now culminates to the Cannes stage. Their inspiring performance today is symbolic to their determination and ‘make it happen’ spirit. Truly a collaborative effort between Unilever, Mindshare, Yash Raj Films and Music boutique – who have partnered in this magnificent journey.”

Ashish Patil, Head of Y-Films, Producer, Brooke Bond Red Label 6-Pack Band, said, “We have always known that music can change the world because it can change people. We are super thrilled that our little band, India’s first transgender band, the Brooke Bond Red Label 6-Pack Band is on such a massive platform at the prestigious Cannes festival. Here’s hoping we can take this important message of love and equality to as many people in the world as possible.”

The Brooke Bond Red Label 6-Pack Band was an iconic campaign that stood for inclusion and acceptance in mainstream media.