It’s all in the family, siblings rock the ad world

Siblings in the industry talk to BestMediaInfo.com to share how they do not mix personal and professional and how it feels to crack something amazing together. Being siblings, bullying and playing pranks are there but they respect each other’s work a lot and leverage on each other’s strengths and sometimes turn hindrances into advantages 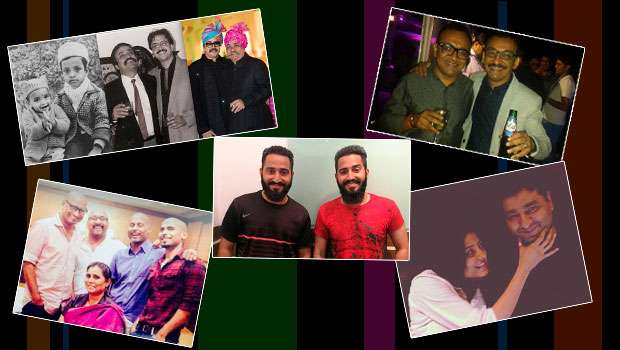 Working as twins in the same organisation is fun. You get to play pranks on each other and sometimes on colleagues who are always confused as to who’s who, Oh yes, sometimes they wonder why did he change his clothes? We are talking about identical twins – Arzaan Wadia, Executive, SEO and Aarish Wadia, Executive, Paid Media at iProspect India who have probably been mischievous at work but just love what they do. These identical twins have had a ball at iProspect India for about two years now. There has been enough confusion about identity already. But what’s more, the twins always like having the same look all the time to confuse people. They are always asked, ‘why are both of you in the same industry and want to do the same thing?’

Arzaan said, “Both of us are fond of the field and hence in the same industry. It so happened that our brother-in-law recommended us to iProspect, and here we are. I joined five to eight days prior to Aarish because he had a dislocated shoulder.”

“It’s quite hilarious to look alike and work at the same place. Sometimes I get Arzaan’s emails and vice-versa. In fact, our managers get confused at times and end up discussing my brother’s work with me. It happens with Arzaan as well,” narrates Aarish.

Emotions don’t come their way when at work. “We are in two different teams, so we rarely end up working together. However, if personal things come up at work, we keep it professional. We meet only during tea breaks when at work, so that’s about it,” says Aarish.

Asked if they miss each other if they work at different places, Aarish said, “It will be great to get rid of Arzaan.” Arzaan on the other hand doesn’t feel the same as he wouldn’t want to get rid of his little younger brother Aarish.

While these twins have just begun their journey at iProspect, BestMediaInfo.com speaks to more successful siblings in the advertising world. Let’s know them better…

When it comes to working together, these Pandey brothers have been rocking it every now and then. The journey has been simply incredible. “We basically have a ball together and in the midst of all that fun somewhere we end up making some of the most exciting and award-winning work that the country has seen. Nothing has changed in our operating style. 22 years back we cracked ‘Ericson- One black coffee’, while sipping on some beer in the bar of Narain Niwas Palace in Jaipur and last year we cracked ‘Fevi Kwik- Wagah Border’ while sipping on some Vodka in the bar of Ummaid Bhawan Palace in Jodhpur. And he is the elder one, so I let him pay every time. What more does one want in life?” Prasoon laughs, as he narrates this incident.

Their chemistry at work and home is all the same. The brothers spend a great time working together and ideating while respecting each other’s work.

Wittily adding, Prasoon said, “Piyush and I combine exactly the same be it anywhere. We thrive on each other’s ideas, one thought leads to another like a nuclear fission and we laugh like maniacs. He bullies me at work and bullies me at home so it’s all the same.”

For both Prasoon and Piyush, emotions don’t come in between work, but they do play emotional pranks on each other. Piyush recalls, “Once Prasoon was not giving me time for a film which was important to me, so I called up my mother, who in turn called him up and said 'what kind of a younger brother are you, who's not helping his older brother?' That evening we laughed so much that I had pulled this one on him.”

Speaking of hindrances at work because they are siblings, Prasoon quotes a small instance of the hindrance being an advantage. He said, “I know his favourite time for writing deep thoughts is very early in the morning so I try to plant a query in his head in the evening itself and he’ll crack it four hours before I wake up. Humour, on the other hand, is an all day long affair with him so those jobs we can discuss any time of day, lazily. Yes, so knowing each other deeply is a huge plus.”

Piyush too corroborates with Prasoon. He says that if at all there were any hindrances, they have crossed them together and come out looking happy and satisfied.

According to the feedback Piyush gets about Prasoon, “Sometimes they say that he is better than me and I think they are right. If you don’t believe me, ask the industry!” he exclaims. On the other hand, Prasoon is told that Piyush is the Godfather of the Indian advertising creativity, who brought Indian-ness to the fore and as this incredibly large hearted man who laughs the loudest when you crack a good joke and cries easily when he sees an emotional film. “And as an insider I can tell you they are bang on,” he added. Amit and Praful Akali are from two different backgrounds. While Amit has studied commerce and was creatively organised, Praful pursued his pharmacy and is a management graduate from IIM. Both had different career goals and never thought they’ll end up working together.

Amit liked writing and was more creative, while Praful liked managing things. It was in 2008 when Praful decided to start Medulla Communications and do something as a healthcare agency. Amit was in Ogilvy and then in Grey Worldwide.

It was after Amit left Grey that the brothers decided to work together. Healthcare as a category needed advertising. Amit’s creativity and Praful’s management skills were a perfect match. They were brought up independently and that worked for them.

“Essentially we never thought we’d work together. We were brought up very independently. We also looked at our careers independently. What naturally happened is – he was an organised creative person and I am one of the most creative management persons you will ever get. We didn’t know it till we began working together three years ago,” recalls Praful.

When the Akali brothers work together, there is lot of balance that they get into each other. Working together as brothers is not that easy. The Akali brothers drew their lines on the personal and professional front. It was doubly important to set goals and responsibilities. At the same time, they leveraged on each other’s strengths.

Amit said, “It feels incredible for both of us. Both of us as a team have been doing much better than individually.” 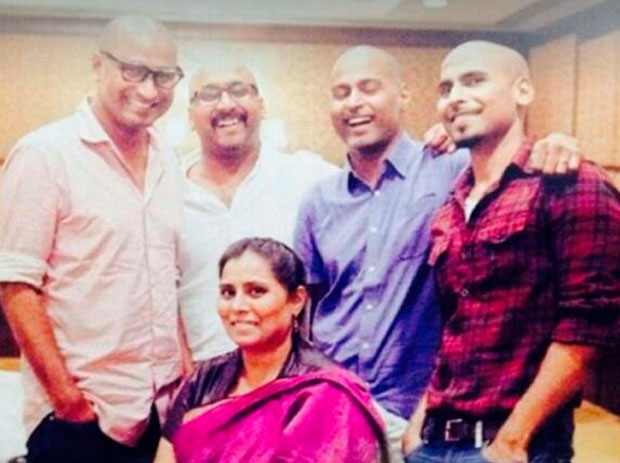 The Upputuru siblings have been in advertising for over a decade now. The eldest sibling of the lot – Usha Hepzibah Upputuru is the owner of Head and Tail Hunters, a recruiting agency for all kinds of jobs in the advertising and media industry. According to Usha, being an Upputuru in advertising has its own pros and cons, however the pros out way the cons.

“My brothers sometimes request me ‘Sister please don't touch my team,’ or if they have any favourite in their team they say please don’t place them. But I don’t listen to them. I place them in another agency. And now the secret is out,” she laughs.

At point in time, the four brothers were in Ogilvy & Mather. They were winning clients, reputation and international awards. Daniel narrates, “The industry started called the agency Ogilvy & Upputuru. It is easy and tricky at the same time to work with each other, we try to be neutral and not biased towards each other and usually there is harmony, except for the odd times when we would go – ghar pe dekh lunga tujhe (will see you at home).”

Titus wittily said, “Piyush Pandey used to say the agency should be renamed from O&M to U&M.” Titus doesn’t find it difficult to keep work and personal life separate because they meet the same set of people. “We keep sensibility. One thing I think is an advantage of working together – there is nothing to explain in a family when you are travelling or go home late,” Titus added.

While there are some liberties one can take while working together, the Upputuru brothers didn’t do that. According to Emmanuel, “Working together was never a hindrance. It was boring sometimes. We try to help each other. To our credit, we have always been professionals. Even when we are not working together, we have philosophical walls. Even if there is a pitch tomorrow, we have dinner a night prior to that. Our professional and personal life is mixed in a way that we are in same industry and in the same family. But we never used the fact that we are siblings to promote our own personal life. Two of my directors didn’t do a film because they were my brothers.”

Joshua added that emotions didn’t come their way when at work. “We left the emotions and the relationships at the gate of the office. We entered the office together and did a little ‘Kaante’ kind of walk. It was good fun.”

Daniel added, “We are in this industry because of our father. He left the army and joined advertising in the early 70s. Had he continued in the Indian Army we all would be generals and admirals.”

While many think the Upputuru brothers had it easy in the industry, only a few close friends in the industry know that they had to prove themselves much more because of this very grapevine. “At home she is the little sister who likes to be pampered. At work she is a no-nonsense, driven person who is clearly in charge. Her passion for the craft is evident in her approach, but what doesn't change from home is her happy style that makes it very easy for people to work with her,” describes Kapil Arora on working with his younger sister, Payal Arora.

The brother-sister duo is very professional. The advantage of knowing each other personally makes them more prepared to work with each other. While emotions may come in between, both respect each other’s point of view and a belief that they know their respective craft best and that what forms the basis of a good work relationship.

Knowing each other well in terms of habit, behaviour and many more aspects, Payal and Kapil both think that it plays out as an advantage. Payal said, “We know each other well enough to understand the expectations of each other and be straight about it. With Kapil, I know I can call a spade a spade. He is fair and balanced and makes working with him very easy.”

Agreeing to that, Kapil said, “I know Payal will always keep a commitment, so there are times when I've had my back against the wall and I've turned to her with absolute confidence. And sure enough, she's protected my behind on a couple of occasions.”

The Arora siblings are humbled when the industry applauds their success. Both of them indeed enjoy working with each other.