After a brief hiatus, pot-shot advertising or comparative advertising is back and this time the FMCG brands are at the forefront. BestMediaInfo.com spoke to experts to know the emergence, aim, advantages and the reason why brands go the comparative way 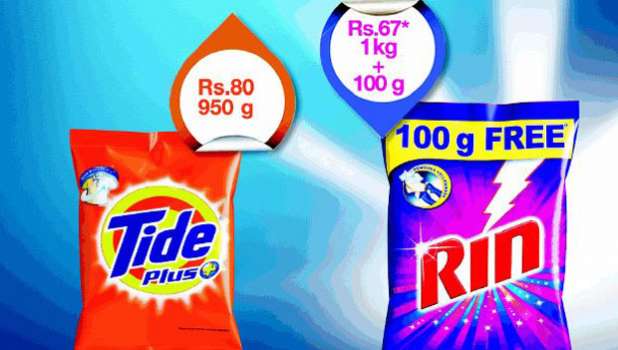 In 2010, Rin launched its “Chauk Gaye?” campaign, surprising not just the actors in the ads but also consumers and the advertising community at large. In the commercial, Rin directly took on its competitor Tide. The matter escalated to a point that the commercial had to be withdrawn from television after intervention from the ASCI. But by then the damage had already been done.

Rin’s campaign was reminiscent of the famous “Cola wars” of the 90s, when the cola companies used to take pot-shots at each other. While these ads were the source of much amusement for consumers, they also helped the brands at the same time. Everybody loves a good fight and no publicity is bad publicity.

Now, after almost a six-year interlude, the pot-shot advertisements seem to be making a comeback. In its latest communication, PepsiCo’s 7-UP seems to be taking on Coca-Cola’s Sprite by highlighting the new clarity of the generation. Not just the cola companies, a few FMCG brands are also walking the same path. Patanjali, for example, is pitching itself against foreign multinational products to carve a nationalistic niche for its brands. If the recent tussle between HUL and Amul is any indication, then competitive advertising might be making a comeback.

“Comparative advertisements are a yo-yo phenomenon in marketing. They happen in the beginning, then people get tired of it, and then they vanish, only to reappear once again when the market is just right to accept it. The Amul-HUL case is just to say that the environment is accepting comparative pieces of advertising once again,” said Harish Bijoor, Brand Expert and Founder, Harish Bijoor Consults Inc.

Explaining the trend and what compels brands to go for comparisons, Ajay Gahlaut, Executive Director, Ogilvy & Mather, said, “There are various reasons for comparative advertisements, there are times when you want to shoot down a claim that somebody is making, at other times you might want to make a point about your product being superior through comparative advertisement. So, it’s a double-edged method, sometimes it works and sometimes it doesn’t. Also, sometimes you end up giving a lot more credibility to the person you are spoofing. Only when you have a sharp differentiator does it make sense to go for competitive advertising.”

Celebrities or no celebrities

Comparative advertising is basically fact-based and does not require the crutch of a celebrity. In some cases, it has been observed that celebs don't like to pit themselves against one another.

Speaking about advertisements with presence of celebrities, Cajetan Vaz, Branding Consultant, said, “Remember Ustad Zakir Husain in Taj Mahal Tea commercial challenging you to find him a better tea? That was bold comparative advertising. Perhaps one would not want to waste a celebrity mouthing rational facts when they could be used to strengthen the emotional quotient of a brand.”

Elaborating on the reasons as to why brands opt or do not opt for celebrities in comparative commercials, Abhijeet Awasthi, Founder, Sideways, said, “I think it’s not about celebrities. Sometimes the brand might decide to give centre stage to the product and its attributes and to not bring in any additional element like a celebrity. Having said that, a brand can also take a stand saying I want to give the facts out and they might choose a celebrity for giving the comparative facts out.”

Gahlaut feels celebrities are driven by different motivations and that they all have their own brands to look after as well. With celebrities, it is purely driven by how it benefits them. If they feel that it will harm their personal brand, they will not be a part of comparative advertising but if they feel it will help their personal brand, they will definitely do it.

Comparative advertising, by no stretch of imagination, is the crème de la crème of advertising but often these commercials have to be withdrawn due to legal issues. So why do brands still go for such advertisements?

“It’s hit-and-run. By the time ASCI or any other regulatory watchdog gets cracking, the guerrilla tactic is over. Mass bombardment and out with maximum damage is the strategy,” said Vaz.

Gahlaut is also of the opinion that it is easier to ask for forgiveness than permission.

“I suppose sometimes, desperate times need desperate measures. And it’s easier to ask for forgiveness than permission and if a regulatory body like ASCI asks you to withdraw it, you do it. But by then people would have seen it and you would have made your point.”

Pot-shot or educating the masses

KFC is another brand that has ventured onto the path of comparative advertising with its 5-in-1 meal box campaign. In a defending tone, Lluis Ruiz Ribot, CMO, KFC India, said, “I wouldn’t call it a competitive advertisement. We have rectified a gap in the market. What we are saying is that we are offering something different and better than what you see in the market. If you look at normal QSRs (Quick service restaurants), their service meals are burger, fries and a drink. But if you look at how the Indians traditionally eat, they don’t just eat three components in a meal. At the end, we are saying that the category is like this and we are offering something different from what the category is offering, so we are saying that why you as a consumer should be settling for less.”

SK Tijarawala, the spokesperson for Patanjali products, says what they do is not advertising but a “mass awareness exercise”.

“We don’t advertise, this is mass education, mass awareness and mass communication exercise. Our comparisons are educative in nature, for example, we told people which hair oil or soap contains cancerous ingredients and which honey has hazardous products. These products don’t even have statutory warning mentioned on the package, saying ‘This may cause cancer’. We focus on world-class quality products in lowest possible prices. Our competitors have decreased their prices or increased the weightage of their packaging (especially honey), after our advertisements have come out.”

“As far as the comparative advertising by other companies, they are not educating anyone. They are saying ‘my cream will give you 3+ levels of fairness, while the other one is giving you 2+ levels’. These are insignificant factors of competition. We compare on the quality parameters,” said Tijarawala.

Awasthi feels that normally brands do such advertising to show confidence in their products and to put out the facts. So, sometimes it’s to educate the consumer and sometimes the purpose is to show product superiority over the others.

“The other aim is to stand out of the clutter of theme-based advertising,” added Bijoor.

Gahlaut, on the other hand, feels that awareness is not the only objective of comparative ads

“You can educate the masses about your product without comparison as well. So, that’s not the only objective of comparison. You can talk about what you are without having to say ‘I am this which the other person is not’. Sometimes it is just to say that my product is superior than the other one and create a dissonance in the consumers’ minds,” pointed out Gahlaut.

According to industry experts, almost all advertising communication is directly or indirectly comparative. It is when such advertising becomes disparaging that the swords are drawn.

“Years ago, HUL and P&G realised that rather than running down one another it was wiser to grow the market which had enough for both and many more players to co-exist. The comparative advertising was targeted not at each other’s brand but very often against their own brands within their portfolio to get consumers to upgrade. For example, from ordinary washing powder and bars to detergent powders and from that to enzyme-based detergents to liquid detergents etc. Very often it is a new unestablished brand that seeks to derive huge awareness levels by taking on a giant brand head on. Comparative advertising that is based on facts that can be substantiated is good for the consumer, provided it does not stoop to parody, be it disparaging or run down another brand,” added Vaz.

What it does for a brand’s image

Some brands get themselves embroiled in court cases for employing in such advertising tactics. Does it hamper the brand’s image in any way?

“It usually does not hamper the brand image, as it doesn’t come out in the media that much. Something like a Maggi controversy hampered the brand’s image for a while until it bounced back. Most of the cases are not as big as the Maggi issue. And these are just tiny news items and will go to court and settle one way other. So, it doesn’t really make a big impact on the consumer’s mind,” said Gahlaut.

Bijoor also agrees that a court case is unlikely to hurt a brand and its image. “Not at all. Landing up in a court case just does not hurt the brand and its consumer imagery at all. Consumers literally expect comparative pieces of advertising to land in such a soup.”

Okay for an established brand to opt for comparison

“This is a strategy for the challengers and it is definitely not a leadership strategy. Small brands usually think ‘I have got nothing to lose and this other guy is huge, so let me take a pot-shot at him and maybe that will get me into limelight and get people to notice’. So, you won’t find leader brands doing such advertising,” Gahlaut added.

Then, when is it okay for a leader brand to lend itself to comparative advertising?

“One of the reasons could be that the said brand feels that they are under attack by some of the adversaries and competitors who are making false claims and there is a need to distil that notion. Another reason could be just to demonstrate why they are in the leadership position,” said Awasthi.

“Very often it is for tactical product differentiation. Like in the cellular phone category, where product features are what needs to be communicated. Airtel and Jio are also at it in the telecom service provider space on speed delivery. It's all short term, till the next product innovation,” concluded Vaz. 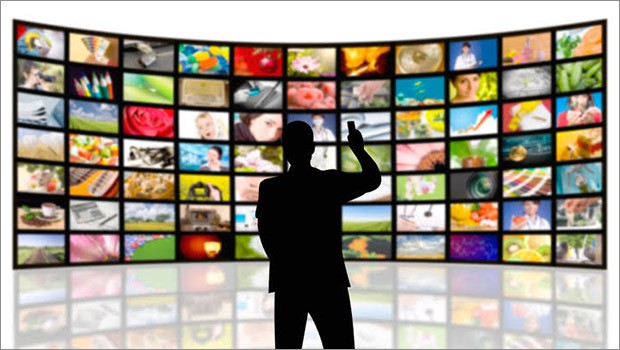