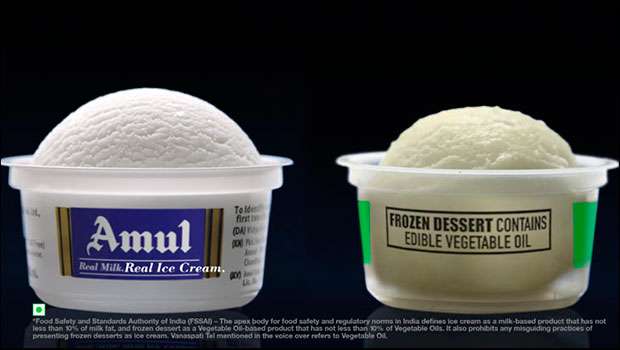 The court found the advertisement disparaging the ‘frozen desserts’ category. The court further declined GCMMF’s request to grant any stay on the order. A copy of the court order is awaited.

Hindustan Unilever Limited (HUL) had filed a case on March 21, 2017 in the Bombay High Court seeking immediate removal of what is called the “misleading Amul ice cream advertisement”.

Commenting on the court’s decision, Sudhir Sitapati, Executive Director, Refreshments, HUL, said, “We are pleased that the honourable Bombay High Court while injuncting Amul’s advertising has agreed with HUL’s contention that Amul’s advertising is false, misleading consumers and disparages frozen desserts. Kwality Wall’s products are made with milk/milk solids and do not contain vanaspati. In fact, our frozen dessert products use milk without cholesterol to offer healthy and exciting choices to consumers.”