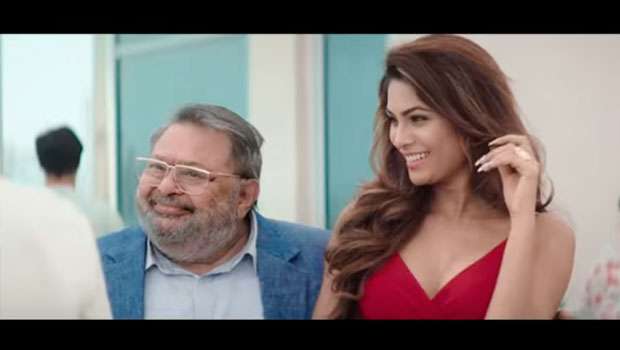 Cricbuzz is back with a brand new series of its popular campaign – Cricket ka Keeda. The campaign is developed in house by its marketing team and intends to promote this year’s Champions Trophy with two witty commercials.

Cricbuzz’s new ‘Cricket ka Keeda’ campaign continues with the core idea – bringing out the craziness of an obsessive cricket lover in the most hilarious way in the middle of various important situations.

The new series show the fan being bitten by the Cricket ka Keeda at the wrong place at the wrong time making for some of the funniest, laugh-inducing situations that we will see in two new quirky episodes, titled ‘Boss’ and ‘Principal.’

In the ‘Boss’ film, an aged boss is partying with his young team of boys. A stunning young woman enters the party who the boss introduces as his wife. This leaves everyone surprised and tight-lipped. And suddenly one of the boys who is busy catching up with a cricket match on his phone exclaims ‘What a catch!’ His expression makes the whole situation awkward and funny at the same time.

In the ‘Principal’ film, a middle aged couple and their son are being interviewed by the school principal. When the principal asks the kid the golden question, ‘what do you want to be when you grow up?’ the father who is consuming a cricket match on his phone, very spontaneously replies, ‘Night watchman.’ His reply leaves everyone disappointed yet makes for a hilarious situation.

Pratik Mazumder, Marketing Head, Times Internet, said, “This series will reinforce the brand in the minds of cricket lovers, they can count on Cricbuzz to enjoy cricket by transcending all limitations of time or place. It continues the same cricketing insight of the earlier ‘Cricket ka Keeda’, yet ensures it is represented through fresh and relatable stories that the cricketing audience will love and enjoy.”

The new campaign will run during Champion’s Trophy, the most anticipated cricket series this year. The high-decibel campaign will be driven primarily through TV on Star Sports, covering the entire cricketing audience.

Print ads will be in English and vernacular covering the width and depth of India, with publication like – Times of India, Navbharat Times, Maharashtra Times, Vijay Karnataka, Nav Gujarat and Ei Samay.

For out-of-home, Cricbuzz has tied up with Times OOH for Delhi and Mumbai Airports where live score updates will go live on over 300 digital screens. Apart from this, digital will play a key part in the campaign, the campaign will be amplified online and on social through Times Internet network, YouTube, Facebook and Google.