Conceptualised by Cheil India, the new initiative aims to draw attention to alternative sports and athletes who are in the pursuit of bringing glory to the country despite obscurity and lack of support 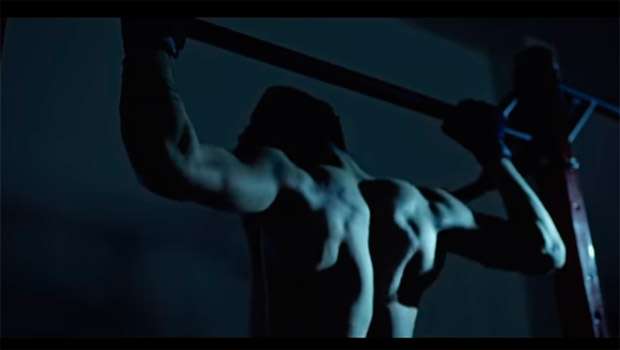 adidas India recently launched its latest initiative #FanTheFire to focus on athletes who pursue lesser followed sports. Conceptualised by Cheil India, the digital-only film features Nishchay Luthra, an Indian figure skater who has won four international medals for India and is a nine-time national gold medallist. At present he is training in Florida to represent India all on his own in Winter Games 2018. Luthra’s inspiring story is told from the point of view of his mother – his biggest fan, who is narrating his journey in pursuit of his dreams.

Cheil India has been working on adidas India for a while now. Vijay Simha, Group Creative Director, Cheil India, tells us that they have been working on this campaign for about a year now. The campaign is not targeted towards the Winter Games 2018. It identifies the story of Nishchay Luthra and how the nation can support him, financially and otherwise.

Speaking about the objective of the campaign, Sean Van Wyk, Senior Marketing Director, adidas India, said, “The objective was to draw attention to the sports and the athlete who is excelling in the sport. The athlete was bringing glory to the country but there was a lack of support towards the sport. Training for skaters is an expensive affair and hence financial support is necessary for such athletes.”

adidas India will constantly try to find more athletes as they begin with Luthra. Asked about how they found Nishchay Luthra and his story, Amrith Gopinath, Brand Activation Director, adidas India said, “We’ve always read stories in newspapers about athletes not being able to support themselves. We are always exposed to the popular ones. The thought came from there. The adidas’ founder always said that ‘it’s all about helping the athlete’.”

Influencers like KL Rahul, Dipika Pallikal, Rishab Pant, Unmukt Chand and CK Vineeth among others have changed their names on Twitter to Nishchay Luthra.

On the other hand, Ranvir Singh tweeted about the campaign, encouraging the athlete and the sport. The idea is to create awareness and promote the sport while supporting the athlete.

The brand intends to help raise awareness about the athlete. The initiative through the lens of Luthra highlights the challenges faced by athletes who choose to pursue a sport other than cricket and their journey in the pursuit of excellence.

In a country where cricket and to some extent hockey, football, tennis, and badminton, are the only sports that receive some glory, it is extremely difficult to take up alternative sports such as ice skating, gymnastics, athletics, etc. Through this initiative, adidas wants to trigger awareness and recognition for such athletes.

adidas aims to continue the campaign through other initiatives in an endeavour to make a difference to the pursuit of sport in India. Wyk added, “At adidas we truly believe that, through sports, we have the power to change lives. With #FanTheFire, we seek to shine a spotlight on athletes and sports that are not mainstream and in turn inspire the next generation to take up such sports. The campaign urges fans to support Nishchay and we hope that the encouragement of better-known athletes will help him gain the necessary patronage to reach his aim of winning a medal at the Winter Games in 2018. This is our commitment to provide the fuel for Nishchay Luthra and others like him.”

Sanjeev Jasani, Head, Digital, Cheil India, said, “It is important to live the difference! adidas is a brand of today that always encourages us to think out-of-the-box and create campaigns that captivate the audiences like no other. #FanTheFire campaign dwells on one of India’s perennial issues – sports beyond cricket. We feel proud of giving life to such a thought-provoking campaign. We hope it fans the fire among the people of India and Nishchay gets his much deserving fans cheering for him in the coming Winter Games.”

“In India, cricket enjoys a disproportionately high amount of attention. The rest of the sports are simply out of sight, out of mind. Once in a leap year, a Bindra or a Karmakar happens. The media milks the nation’s collective guilt, and soon we all forget. This was gnawing away at us, as we discovered a series of stories about Indian athletes living in obscurity and even penury. Fan the Fire was borne out of our instinctive urge to help the underdog. adidas has always been about the athlete, no matter what sport. So they saw the honesty of purpose and agreed to leverage the social media power of their assets to lift Nishchay out of relative obscurity. I feel Nishchay’s story is just a spark that will soon be a fire, fanned by every Indian who cares!” added Simha.