As Times Now reveals its plans to take it to the next level and launches Times Now HD, Anand speaks to BestMediaInfo.com on the way ahead and responds to the charges levelled by Arnab Goswami 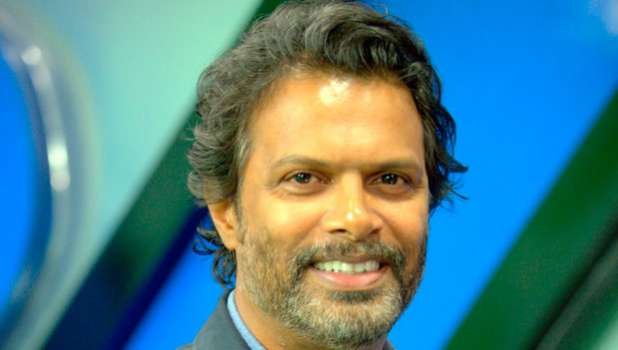 Along with dressing up Mirror Now to take on the English news genre, Times Network has also taken steps to strengthen Times Now and has officially launched Times Now HD.

The HD channel will not be a plain replica of the standard definition channel. The plan is to identify the slots which get more viewership from the HD viewers and refurbish these with a different kind of programming.

The editorial team is led by Rahul Shivshankar, Editor-in-Chief, Times Now. The channel has also done a lot of technological innovations to take ‘Times Now to the next level’.

Flagship shows like ‘The Newshour Debate’ and ‘India Upfront’ are getting decent enough viewership to consolidate Times Now’s leadership position. While Newshour’s viewership has fallen marginally, the channel has been building other slots after the exit of Arnab Goswami.

Along with Shivshankar, veteran news anchors like Navika Kumar and Anand Narasimhan are equally contributing towards the channel’s performance. By launching a morning show -- ‘The Morning NewsHour’ in Hindi -- the channel is aiming at attracting Hindi viewers out of the English viewers. “It was a tactical decision. Gradually, once we see that enough traction has been built on the slot, we will try to shift it back to English to check the consistency,” explained MK Anand, MD and CEO, Times Network.

With close to 15 million followers on social media, the channel engages with its viewers by giving them up-to-the-minute news across all social media platforms. The Times Now mobile application also gives the viewers a chance to stay updated on major breaking stories while they are on the go.

Times Now, with a 3D virtual reality newsroom and a virtual studio, enhances the viewers’ experience. The viewers will now be able to see the newsroom through a 360 degree view on YouTube channel.

Concepts like ‘Snapwrap’ and ‘Picture Book’ helps the viewers keep a track of all the news throughout the day at a glimpse with pictures onscreen. ‘News Day360’ gets five critical developments on the two biggest stories of the channel whereas ‘Top10’ gives 10 important highlights to the viewers while they are hooked on to the main story. From connecting with viewers on-air to online, Times Now is changing the face of newsroom reporting.

On the sidelines of these announcements, when asked about Goswami’s claim that he was not allowed to enter the Newshour studio on last couple of days of his stint, Anand denied it throughout.

“He resigned on November 1 and he anchored The Newshour till November 15. As a channel, we tried to keep ‘business as usual’ till November 15, which in itself is unusual in this industry. On November 16, while having a casual lunch with him, I realised that a farewell was being planned on air and on social media. He had called his friends, family, Amitabh Bachchan and few others.”

Anand continued, “My worry was that till then, only a few trade and Mumbai-Delhi people knew that Arnab has resigned. Once he would have announced his exit on air, the viewers in Kolhapur, Guwahati and other cities would also have gotten the information. How would then we have salvaged the slot? We were able to minimise the drop in viewership and then build it up successfully, because it came as a surprise to most of the viewers.”

Well, had that happened, it would truly have been one-of-its-kind on-air farewell for any news anchor in the country. At the same time, it would have ruined Times Now and Newshour’s popularity, viewership and the brand name for a longer time.

BCCL had applied for trademark of ‘Nation wants to know’ in November last year. “It does not belong to the nation, which is being propagated on YouTube. Even Goswami/ Republic tried to register the phrase on January 27, and also the name ‘The Newshour’. So legally, I had to send him a notice, informing about the rights that rest with us,” said Anand.

Newshour’s revenue was in the range of Rs 6.5 crore in 2014 when MK Anand took over as the MD and CEO. By putting in a programming strategy, which extended Newshour from one hour to four hours and by stretching the sales strategies, the revenue was pulled up to Rs 36 crore in 2015 and the target for 2016 was to reach Rs 60 crore. “We have clocked about Rs 40 crore, hit by demonetisation. There is no other reason for this drop and we had thought of climbing this ladder to reach Rs 100 crore in 2017.”

Anand clarified that Mirror Now and Times Now will never be cross-promoted on each other. The network has taken special care in devising the content strategy for the two channels by keeping them poles apart at politics and civic issues. The cross-promotions are also being avoided to refrain from cannibalisation.