The first edition of The South Asian Laadli Media and Advertising Award for Gender Sensitivity 2015-2016 will take place on May 12, 2017 at NCPA. For the first time, it has invited entries from five South Asian nations 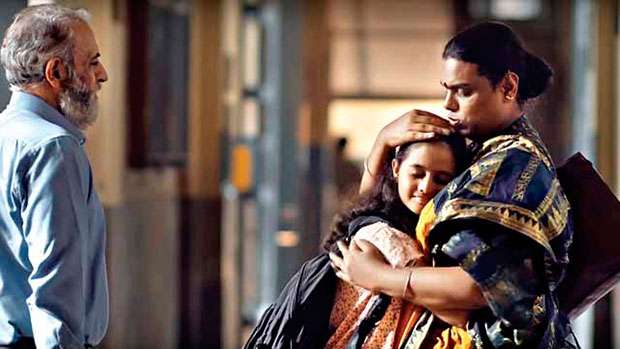 When P&G’s Vicks came up with its ‘Touch of care’ campaign, it won hearts all over the country. It also won the hearts of the jury for The South Asian Laadli Media and Advertising Award for Gender Sensitivity 2015-2016. The campaign that got much accolades for the portrayal of the third gender will be awarded ‘Best Campaign’ at the awards to be held on May 12, 2017 at NCPA.

The awards will felicitate 37 media professionals who have shown exemplary sensitivity in reporting on gender issues. The awards will be presented by chief guest of the event Shashi Tharoor, MP, (Thiruvananthapuram) and hosted by television journalist Barkha Dutt.

Speaking about the awards, A L Sharada, Director, Population First and the driving force behind the Laadli campaign, said,  “From a mere 100 entries in 2007 to more than 1,500 entries in 2015, the Laadli Media Awards have come a long way in acknowledging the media’s contribution in women empowerment and gender issues. The increasing volume of discussion in public domain on gender issues is an indication that we are witnessing the beginnings of change Also the partnership with Colors is a refreshing start to the new edition and indeed helps us to sustain the impact and reach of the awards. Today with the expansion of Laadli to other developing nations through the support of IAA, we look forward to stories pertaining to gender from five South Asian countries. We hope to continue this momentum, and create a long-standing impact of changing the society riddled with a patriarchal mindset.”

“We are very happy to lend our support to this meaningful award. Our chapters and associates in Pakistan, Sri Lanka, Mauritius, Nepal and Bangladesh are working on selecting one journalist in each country who has done wonderful work in the area of gender sensitivity and that person will be nominated to receive the special IAA Laadli South Asia Media Award," said Ramesh Narayan, Vice-President, IAA.

The awards will also see Radhika Puri take home the ‘Best Short Film’ for her short film ‘Water Wives’. The movie digs into the existing system of husbands marrying multiple times in order to have wives double as labourers to fetch water.

The Laadli Media and Advertising Award for Gender Sensitivity 2015-16 for ‘Books in the Novella’ category  will be awarded to Volga for her book Liberation of Sita published by Harper Collins and the award under the ‘Films’ category will go to ‘Parched’ and ‘Neel Battey Sannatta’.

While the ‘Lifetime Achievement Award’ will be given to Kamla Bhasin, the award for ‘Best Play’ will go to ‘Shikhandi’ the story of the In-betweens, written and directed by Faezeh Jalali.