The deals are across sports, news and entertainment, which will bring hundreds of hours of new premium video content to Twitter 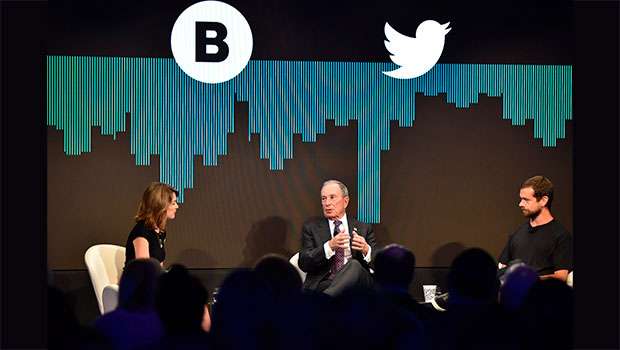 “We could not be prouder of the success we have achieved so quickly since launching of live streaming premium content. Last quarter, we streamed over 800 hours of live premium content from leading brands across sports, Esports, news, and entertainment,” said Noto. “Adding these 12 new live deals tonight is a testament to the success of our only-on-Twitter experience, combining high quality streaming video with our only-on-Twitter conversation.”

“The rest of this month, you're going to see a lot of presentations,” said Derella. “You're not going to see anyone that can give you the audience mindset, the most premium content, and do both at massive and accelerating scale like Twitter can.”

A snapshot of 11 global live streaming content deals that were announced:

WNBA: The WNBA (Women’s National Basketball Association) will live stream 20 regular season games per year on Twitter in 2017, 2018 and 2019.

The Players’ Tribune: #Verified, a new live show, exclusively on Twitter, featuring a modern forum for athletes to connect directly with fans.

PGA Tour: The PGA Tour will live stream 360 video of the 17th hole at TPC Sawgrass during The Players Championship.

Bloomberg Media: Bloomberg will debut the first-ever 24/7 breaking news network that will be global, live, social and exclusively on Twitter.

The Verge: Coming this fall, Circuit Breaker: The Verge’s Gadget Show is a weekly live programme that will review and experiment with the hottest gadgets everyone wants.

BuzzFeed News: MorningFeed, a brand new morning news and current events show broadcast live on Twitter by BuzzFeed, will reach an audience that wakes up hungry for the latest in ‘fire Tweets.’

Propagate: #WhatsHappening is a new live daily, entertainment-driven, primetime show on everything in the world that embraces Twitter’s unique conversation.

The remaining deals are not global in nature. As per reports, the other content deals are:

Twitter’s Jack Dorsey took his platform while announcing the partnership as he re-tweeted Mike Bloomberg’s tweet about discussing their live streaming association:

Maya Hari, MD, APAC, Twitter too tweeted a link about their association with Bloomberg:

Twitter turns to Bloomberg in fight for video ad dollars https://t.co/KVTrDnvzvS via @WSJ

People have always come to Twitter to see and talk about what’s happening. Over the last four years, Twitter has brought users video content around the things they’re already discussing on the platform, working with the world’s top TV networks, sports leagues, publishing houses and magazines, and professional news outlets. In 2016, they started building on this to bring live streaming video to Twitter to create a one-screen experience for great live content and the conversation around it. Brands align with all of this content to reach engaged audiences at scale.

Their live video and amplify business now work hand-in-hand as they’ve grown their premium video business to over 200 premium video publishers across the most active segments on Twitter — from sports and Esports, to news, creators and entertainment.

In Q1 this year, their second quarter since launching live video on Twitter, they delivered over 800 hours of live streaming premium video content across over 450 events, driving an audience of 45 million unique viewers. And this audience is global, mobile, and influential, with 55 per cent of their logged-in live viewers being under the age of 25.