While the management denied it was a conscious decision to go Hindi, the anchor announced, “We are presenting the first Hindi debate to you in the Morning Newshour” 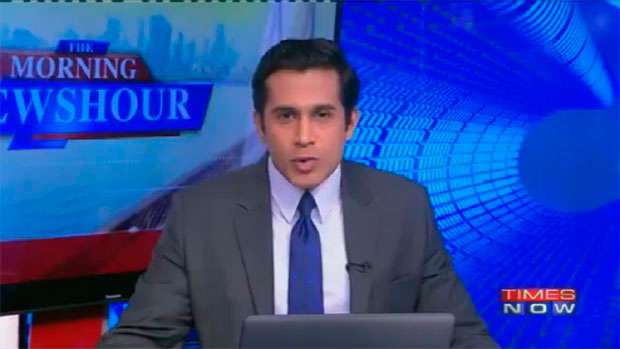 The Morning Newshour, the morning debate show at 8.30 am on Times Now, the English news channel, has become the first Hindi debate on the channel. Anchor Anand Narsimhan started off his address, before the debate in Hindi, by saying that, “Good Morning Ladies and Gentlemen we promised you the next level from May 8 and (turns to Hindi) we are fulfilling our promise. Hence, we are presenting the first Hindi debate to you in the Morning Newshour.”

It must be noted that on May 6, former Editor-in-Chief of Times Now, Arnab Goswami, started his own channel Republic, which uses a blend of Hindi and English to communicate. One of the most dramatic separations, Goswami and Times Now, had attracted a lot of attention from the industry and the viewers as all.

Meanwhile, the channel denied any conscious decision behind the show being hosted in Hindi. MK Anand, MD and CEO, Times Network, said, “There’s no concerted idea or plan right now. Hindi might be being used as a matter of usage as a lot of guests speak in Hindi, so it must be because of the topic or the guests.”

The anchor was debating on the latest story on Delhi Chief Minister Arvind Kejriwal. However, the channel had earlier done many stories on Delhi politics but never in Hindi completely. “Honestly, a lot of people are using Hindi quite liberally in last two days after the certain launch,” said Anand.

It is quite strange how a channel, long known for its polished, fluent and excellent English deliveries by their anchors, has suddenly taken resort to a Hindi morning show. But, looks like, competition pushes you to the extremes, at times.