Save the boy child to save our girls, says FCB Ulka’s new campaign

FCB Ulka’s new film titled ‘Save the boy child’ looks at gender violence and discrimination through a new lens. It focuses on how it is important to raise boys with right values. And that can begin at home from a tender age 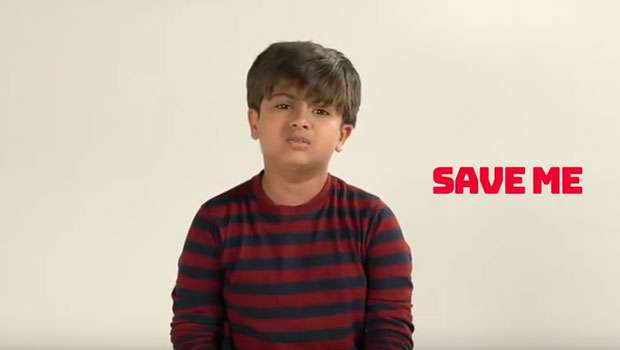 In its new campaign, FCB Ulka has tried to address the problem of gender violence and discrimination in a new way. Instead of saving the girl child, here they are trying to save the boy child.

Speaking about the campaign and the objective behind it, Keegan Pinto, Creative Head, FCB Ulka (West) and National Creative Director, Branded Content, said, “The objective of the campaign is to bring to every Indian, possibly the only solution to the problem of how women are treated in the country. The solutions don't lie in developing new laws, or law enforcement at large, or of course, in changing the way women live, or changing what they wear. The solution lies in orienting and educating men. And with that, we need to start when men are little boys. We need to start at the root, at the foundation. When their minds will best remember a good piece of information, just like the many good things a young child is told or taught which stays till and through adulthood. Like all fundamental and formative education, the alphabets, math tables, hygiene. Our young boys need to be educated about how to treat women correctly, because their own young sisters and mothers are women too. This is more about sorting the home environment out more than anything else, because all real education comes from parents and homes, more than schools. This is much needed and will surely try and address the epidemic of how women are ill-treated in India, from discrimination, to male chauvinism and superiority, to sex crimes, domestic abuse, marital rape and more.”

“Our core thought is about shifting the dialogue to the boy, focusing on the root cause which is the mind of the little boy who grows up to be a man who might commit a crime and offence (big or small), and saving him from becoming a criminal. If we saved him, changed him, educated him, the exercise of protecting or saving the girl child wouldn't be needed. Therefore 'save the boy child and our girls wouldn't need saving,” added Pinto.

Vistasp Hodiwala, Co-Founder and COO, Underdog feels that the thought behind the campaign stands out.

“Lots of campaigns happen in the public service space day in and day out. And howsoever well-intentioned most of these may be at the conceptual stage, quite a few of these end up looking forced and have a certain amount of fakeness that is impossible to shake off. That is also because the one thing that should move you in a public service campaign, the very thought itself, may not be so strong to begin with,” said Hodiwala.

“But in this particular case, it's that very thought that stands out and speaks to you. Without adornment and with as little fakery as possible. Yes, it is staged, but it's staged with a purpose and makes the point boldly and forcefully. The innocence of the kids juxtaposed against some very compelling copy makes this a campaign that should actually force parents and particularly dads, to consider what could be missing in the upbringing of their children,” he further added.

As a creative who writes extensively about gender issues and as a mother to two boys, Pragya Barthwal Dhyani, Creative Director, Thoughtshop Advertising and Film Productions, thinks the ad film could have been better executed.

“A large section in Indian society has a mindset of having biased attitude towards boys. Knowingly or unknowingly many of them turn a blind eye towards their boys' wrongdoings since childhood. We have notions like ‘boys will be boys’ or ‘ladkon se galti ho jati hai’. These small but significant mistakes at times do play a negative role in their upbringing. I agree that boys need to be taught to respect the other gender and this campaign tried to bring this issue up. But what the campaign lacks is dignity and sensitivity. The use of kids should have been more dignified and the use of small children should have been more palatable. I would like to give an example of a Spanish social media experiment where they asked boys to hit girls. It conveyed the message very beautifully without being partial to any gender. From what I understand the target audience for this campaign are the parents but the innocent child actors are going to face repercussions because of the tags given to them in the commercial,” said Dhyani.