The company recently launched a new range of Indian breakfast, called the 3 Minute Breakfast, targeting the millennials. The campaign includes three TVCs created by Ogilvy & Mather and a digital film created by The Social Street

MTR Foods recently made its foray into the instant Indian breakfast category by launching a new range of products called the 3 Minute Breakfast.

MTR Foods, which is no stranger to the breakfast segment, is targeting millennials through this new range. The food products giant is spending Rs 40 crore to market its instant breakfast range.

“Breakfast has always been a core part of MTR’s business, even before Orkla took over. The idli mixes, the dosa mixes have all been there I think since 1976. So, breakfast as a category is not new to us,” said Sunay Bhasin, Chief Marketing Officer, MTR Foods.

Breakfast is, by popular vote, the most important meal of the day. But in today’s busy lives, breakfast has become a rush job too, with many people even skipping it altogether. 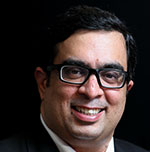 “We realised that India is undergoing a demographic change and that a new set of consumers – millennials -- were coming into the consumer set, whose expectations or needs from the breakfast segment were very different. It started moving towards quicker breakfast in that sense,” said Bhasin explaining the entry into the instant breakfast segment.

Calling their breakfast journey an evolution, Bhasin said that although they launched upma and poha in the cup format last year, there was still a lack of clarity.

“When we really put our heads together we realised that compared to western breakfast, there was a clear need for convenience when it came to the Indian breakfast. The convenience factor was not being met by any of the Indian breakfast options in the market last year and that is when we decided that we should go into the 3 Minute Breakfast space,” said Bhasin.

The word instant but brings the image of a hurried and not very healthy food to mind. How do they intend to break that mould with their 3 Minute Breakfast range?

“If you look at traditional Indian breakfast like idli and poha, most of them are healthy items. There are some Indian breakfast items that have the tag of being a little unhealthy but not the breakfast mixes and the breakfast category that we have been a part of. Health, as far as Indian breakfast is concerned, is not really that big of a concern because these are made out of whole grains. In fact this time what we have done is we have got oats done in Indian style. So, in terms of goodness and health, we have options that are absolutely permissible,” explained Bhasin.

So, what will their marketing and communication strategy focus on?

“The communication strategy essentially revolves around making sure that our target audience (TG), who are the millennials, understand the whole concept of the 3 Minute Breakfast. That is the primary objective of the first wave of the communication that we are currently running because it is a completely new concept which has not existed in India before. So, there is a fair amount of education that is required in terms of making our TG understand the concept very clearly,” said Bhasin.

The 360 degree media campaign includes three TVCs and a digital film. While the TVC has been conceptualised by Ogilvy & Mather, the digital film has been created by The Social Street. One of the TVCs showcases a woman hailing a cab for going for work in the morning and then getting stuck in a traffic jam because of a lady not being able to manoeuvre her car properly, resulting in her eating breakfast with the taxi driver and the lady on the road. Similar humorous situations like an early morning meeting at office and a couple getting late for work in the morning because the husband cannot find his perfect hairstyle have been portrayed in the other two TVCs.

While the campaign will be big on digital, every media has been accounted for.

“We are doing radio, outdoor, digital and TV. We have also done a very big visibility campaign on the ground. We are doing a lot of contact programmes and a lot of activations, especially with the millennial TG across India,” said Bhasin.

Being a brand that has traditionally spoken to homemakers, this was a change of scene for the brand.

Speaking about the campaign and the challenges they had to face, Bhasin said, “It required a fair bit of clarity in terms of how we should approach this. MTR has always been an Indian food brand and that is our core ethos. In that sense this is a fair extension because these are Indian breakfast items but the bigger challenge has been that traditionally we have never spoken to the millennial TG, we have always spoken to the homemakers. So, that really meant understanding the needs of the TG, understanding how you can engage with them, how you can talk to them and how you can communicate to them effectively. So, this required a shift in our brand tonality. If you see the TVCs and if you see the digital video those are all actually humorous takes on the entire breakfast space and here humour becomes critical. Tonality adjustment was one and that required a fair degree of clarity in terms of how do you play it and how to pitch it.”

“The second part of the challenge was on the media side. When we were doing our media planning and working with our media agency we realised that millennials today don’t really watch too much of TV. In fact, if I remember correctly, 30 per cent of the millennials today don’t watch TV at all or their TV consumption is less than half an hour. Their primary media in digital/social. The challenge then was that digital/social is a not a space that we have actively played in. We have been there but we have never developed a media plan with digital being one of the key levers. This required a change in our thinking and then understanding how the digital space works and understanding how nuances work,” elaborated Bhasin.

Director of the film: Nishant Goyal