GST: Will print be able to bear the burden?

Even as the finance ministry is yet to release finer details about the GST rate of 5% for print industry, discussions are already ripe about the repercussions 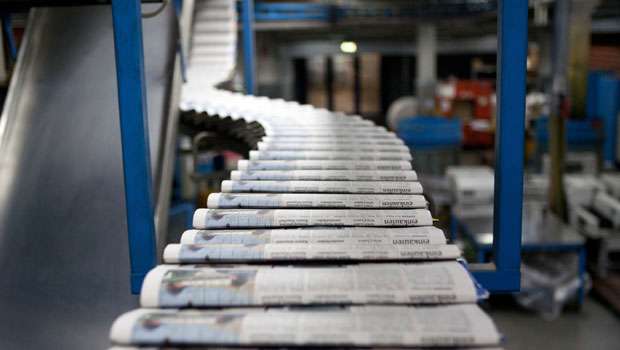 After the Finance Ministry announced the Goods and Services Tax (GST) rates, advertisements in the print media industry has come under a five per cent tax bracket.

The two tax implications on print are - selling of space for ads in print has been notified with a five per cent tax bracket; services by way of job work in relation to printing of newspaper has been brought under tax at five per cent.

Print has enjoyed a tax holiday for long but now the sector has been brought under GST regime. Even as the Finance ministry is yet to release the finer details, discussions are already ripe about the repercussions on the print industry.

Print bears a huge operational cost, mainly because of the expensive raw material such as newsprint and wages, which pushed the biggest of the organisations into the red as far as bottom lines are concerned.

These are some of the reasons that the industry had been so far exempted from service tax. Various sections of the print industry were lobbying for no GST for print in this fiscal too and were expecting a favourable response. So, who will bear this extra five per cent? Ashish Bhasin, ‎Chairman and CEO South Asia Dentsu Aegis Network, ‎Aegis Group plc, said, “Ultimately, the consumers bear the load of any form of taxation, no matter whoever pays it. GST allows you to apply ‘set offs’. So, for instance, if the media company (print) pays the tax, they can get a ‘set off’ on whatever GST they paid on their inputs. They will in turn bill it to the agency which will take the ‘set off’ when billing it to the client, so on and so forth. So, it will be like value added at every stage. My sense is that it will be more or less revenue neutral in the end.”

Pradeep Dwivedi, CEO, Sakal Media Group seconds Bhasin's opinion. He explained in detail, "The current taxes for print companies include a three per cent rate on newsprint, while advertising and circulation were at zero taxation. Under the new GST regime - newsprint (as an input) came at five per cent rate, while advertising (as an output) is also at five per cent. Circulation is continues to be at zero. Print companies can therefore, set off the GST on advertising with newsprint. Hence, there isn’t any significant impact."

But the contra entry or set off will not be possible for all clients or advertisers. There might be a set of clients who will have to bear the load of taxation. If this advertiser gets any other option of promoting his/ her brand without paying this extra five per cent, the client will go there, suggested a senior executive at a leading daily.

He added, “The smaller local clients who don't have an option of contra entry will have to carry the five per cent load on themselves. Overall, it is very important to know how are the clients and agencies placed because if the agencies are neutral, this is just a change on the paper.”

The tax computation works in a similar way for TV too. As Bhasin explained, “This is exactly how television works, just that the GST rates are higher for television. Because the input taxation is also higher for the broadcasters, they will presently be paying the service tax to the private producers and others. While the input for the print players will be lesser, they have to pay for newsprint and other such things.”

Electronic media (television) too has been levied 18 per cent GST, against the earlier 14-15 per cent as service tax. But that doesn’t change for TV what the GST has changed for print -- and that is the habit of service tax.

Bhasin gives another point of view on this. He added, “Taxation was always there for print -- whether formalised or not. So, if a print company is say paying telephone bills, there is a taxation and this amount put together for all the services used by the print companies was possibly in the range of four or five per cent anyways. So, the sense is that it remains revenue neutral.”

Tags: GST print be able to bear the burden
Advertisment
More from this section