The upcoming season will be shot in Spain and will see comeback of Rohit Shetty. It will be launched with 12 contestants with the theme ‘Pain in Spain’. A few clients from automobile, FMCG, mobile and e-commerce are in the final rounds of discussion with the channel 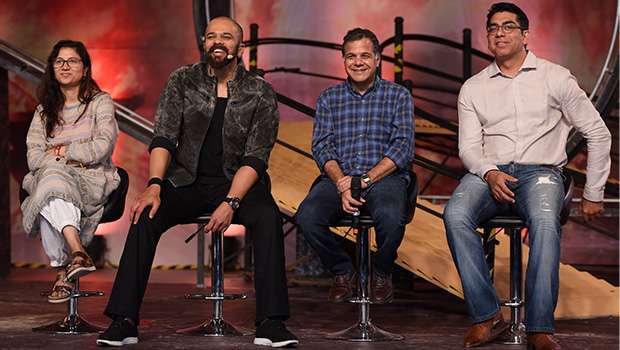 Colors TV has announced the eighth season of its reality show Fear Factor: Khatron Ke Khiladi (KKK) with host Rohit Shetty. The channel plans to increase the ad rates by a minimum of 15-20 per cent compared to the last season of the show to be shot in Spain this year.

The franchise, Fear Factor India, was launched in India in 2006 on Sony Entertainment Television. The channel gave up the rights of the Indian adaptation of the international show Fear Factor to Colors in 2008.

Raj Nayak, COO, Viacom18, said, “We have a new ad rate. How do we derive at it? We look at the cost of the whole project and then we work backwards. If it’s a new show, it can make losses for the first three years. But an established show has to start paying back. For KKK, It won’t be too expensive, but there will be a 15-20 per cent increase for the clients who had come last year and are reappearing this year.”

The upcoming season will again see the comeback of its earlier host Rohit Shetty. The show is being shot in Spain this year. The channel had recently announced the launch of another reality show India, Banega Manch, an Indian adaptation of the Israeli show Win The Crowd.

So, are advertisers open to investing so much? Nayak said, “In the last eight seasons, getting sponsors was never a problem. There are no other similar shows. There are so many singing and dancing talent shows, but there’s only one Fear Factor (KKK). It has no competition. The only two shows that stand apart from the other crowd of reality shows are Bigg Boss and KKK -- this scale, level and expenditure has not been matched yet.”

Being launched with 12 contestants, the theme of KKK is ‘Pain in Spain.’ The channel is also looking at extending the franchise KKK to consumer products and merchandise. Nayak explained how there is a loyal audience dedicated to KKK, “There is a loyal following for the show as we track a lot of audience movement and analysis. There is hardcore reality show audience, within which there are hardcore Bigg Boss and KKK audiences. For these, their primary programme is Bigg Boss or singing and these might be oscillating between various channels for that genre of content. But since KKK and BB are the unique formats, the shows are very strong.”

Recently, &TV too launched a show based on stunts called India’s Asli Champion - Hai Dum. Some similar shows were launched in the Indian TV space after Fear Factor came in. Deepak Dhar, Managing Director and CEO, Endemol Shine India, said, “There might be a lot of stunt shows, but there will always be the originals. Endemol has been known for creating brands. So, back then, we created The Great Indian Laughter Challenge at a stage when no one believed in stand-up comedy. But a new genre was born. So is KKK.”

The shoot for the show will start in about a week’s time and it is expected to appear after the end of India Banega Manch on the weekend prime time slot on Colors.

Dhar believes more women and children are attracted by the show. The show is expected to have 20 episodes, as Dhar explained, “We can’t extend it too long because it is high investment, high adrenaline, high production value and all.”

Shetty had hosted seasons five and six, which were shot in Capetown. Season seven was hosted by Arjun Kapoor, who tried to add a streak of comedy by his instant comments.

Manisha Sharma, Programming Head, Colors, said, “We have been taking the show to lots of exotic locations, Spain being the latest one. The line-up this year is very promising and the fact that we must take the show to its next level is very challenging. With Rohit Shetty back in the mix this year, we have tried to custom-make stunts going by the playout of the previous seasons. Pain in Spain is going to be fun.”

Speaking about his return, Rohit Shetty, said, “Muchas gracias, Colors for having me back on KKK. Spain has some amazing locations that can truly test the daredevilry of the khiladis.” Rohit Shetty with the contestants of Khatron Ke Khiladi