BestMediaInfo.com brings to you some heart-touching films that pay tribute to our first superhero, someone we always look up to as the greatest influence of our lives 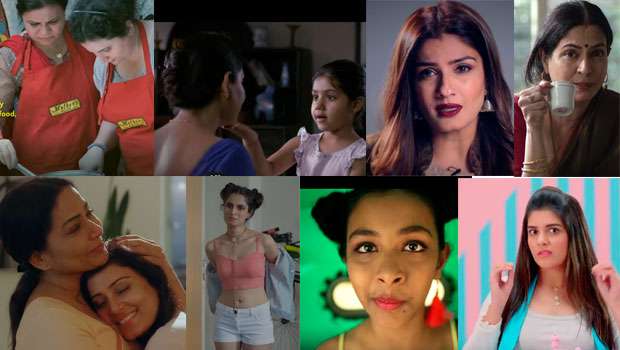 The saying, “God could not be everywhere, so he created mothers” is so true. Our world revolves around our mothers and to honour her, the second Sunday of May is celebrated as Mother’s Day every year.

This year, Mother’s Day is on May 14 and to pay tribute to that one special person in our lives, brands have come up with some mesmerising campaigns that can melt hearts. The brands through their ad-films are trying to showcase that a mother’s love is unconditional that can only be felt. BestMediaInfo.com shares some beautiful campaigns that highlight the purest form of relationship between a mother and a child.

Many of us have been lucky to have experienced a mother’s never ending love; seldom realising what it really means for the children who do not have one. And in order to touch the lives of those who have never felt a mother’s love, Mother’s Recipe has organised an initiative where a group of mothers visited an orphanage and spent time with the kids there, engaging in various activities that brought smiles to the innocent faces. Both the mothers and the kids enjoyed the day to the fullest and some mothers even expressed their desire to visit the place again and again.

Nivea compels to think about someone else who is mother-like

Nivea tried to broaden the canvas and highlight the importance of mother-like figures who touch our lives, through a digital film. It gets everyone thinking about all the #JustLikeMaa figures in our lives. In an orphanage setting, a little girl is being readied by a caretaker who she calls didi. The caretaker was trying to explain her that she will have everything in her new home. The little girl replies ‘but didi you won’t be there’. When her foster parents come to take her home, the little girl gives the caretaker a card saying ‘I love you didi’, bringing tears to her eyes.

BookMyShow launched its ad video showcasing Raveena Tandon talking about being her children’s shield. The film beautifully captures the emotions of the actress telling her children that when they were babies she protected them from all the bad but now that they are growing up they have to face the world and at the same time be themselves. But if at any point of time any blows come, she as a mother will face them first and be their shield.

Brooke Bond Red Label launched a series of un-skippable five seconder pre-rolls, where moms talk to their ever-online kids. Through these campaigns, the moms make a sharp point about losing the time of her children to their obsession with the internet. The beauty of these commercials is she uses internet to make her point. The only way a mom can get her child’s attention these days is if she appears in an un-skippable format. The brand used different mothers for a short duration who use terms such as ‘views’, ‘download’, ‘likes’ and ‘skip’ in order to connect with their children and further prove their point beautifully.

‘Someone who is a nurturer, a guardian and a guide can essay the role of a mother in an individual’s life.’ Godrej Expert released a Mother's Day digital video that has the millennial woman celebrating Mother’s Day with a special woman who is her mom-in-law! The ad captures the bond between a daughter-in-law and her mother-in-law and depicts a new school of thinking. The emotion of a mother on receiving gifts from her daughter- in-law, who she thought could only be given to her by her son, is purely depicted.

Filtercopy and Lifestyle unveil the fashion conversation with mom

This video gives a sneak-peak into the plethora of new-age clothing with a humorous take on how mothers react and reluctantly accept their kids’ fashion choices. The video features Sheeba Chadda and Aisha Ahmed as a mother-daughter duo on their hilarious conversations and arguments around millennial fashion trends -- be it the ripped jeans, off-shoulder tops or boyfriend shirts. It is a sneak-peek on the new age clothing by Lifestyle and Filtercopy, including the special and friendly bond between a mother and her daughter.

Hyundai salutes mothers for saying ‘No to underage driving’

Mothers play a crucial role in encouraging responsible behaviour and inculcating the right values in children. To salute and celebrate the spirit of their courage for being a tough mother, Hyundai dedicated an inspiring #ToughLove ad film to all the mothers this Mother’s Day. The film depicts teenagers venting their restlessness for driving and riding automobiles. The film features the teenagers’ angst towards their mothers while riding pillion, sitting in a car, school bus, local train as they feel their mothers are too tough on them. All these reactions conclude with a responsible smile on the mother’s face, which shows her concern, care and love towards their children.

Tata Sampann focuses on ‘Imperfect being the new perfect’

Through the digital-led campaign #ChangeTheRecipe, Tata Sampann urges mothers to unapologetically embrace their imperfections. The digital-led campaign comprises a quirky video about a mother’s adventures in the kitchen and the magic she creates through happy culinary ‘mishaps’, encouraging them to stop succumbing to the pressures of being perfect all the time, and just be themselves, instead. The ad film is about a new-age mother’s presence of mind in her kitchen peppered with the magic of Tata Sampann’s range of products. The film is a depiction of the daily lives of modern moms and the pressures they face by society.