The Indian self-regulatory body was awarded the prestigious prize at the 2016 edition for launching the best initiative globally, providing ‘prompt and efficient complaint handling at no cost to the consumer’ 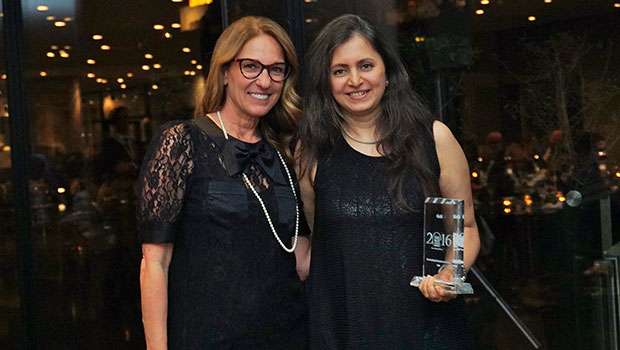 This is the second Gold for the council at EASA. ASCI had earlier bagged two Bronze, two Silver and one Gold at the global event in the past. ASCI is the only self-regulatory body in the world to have a WhatsApp number for registering complaints.

The award was presented on May 8 at the biannual meeting in Athens wherein Shweta Purandare, Secretary, ASCI, received the award on behalf of the council. The Indian self-regulatory body was awarded the prestigious prize for launching the best initiative globally, providing “prompt and efficient complaint handling at no cost to the consumer.”

In June 2015, ASCI launched its consumer complaint mobile app, ASCIonline, to provide easy and convenient access for lodging complaints, increasing ASCI’s reach across India. With a catchy slogan 'Snap It and App It', the app lets consumers’ flag complaints against offensive/ misleading/ vulgar advertisements. For every complaint, they get real-time auto updates (within the app) every time its status is changed as per its progress. Keeping the design and interface uncomplicated, clean and user-friendly, ASCI has ensured to rightly “M(obile)–Power” consumers, providing the utility to voice against misleading advertisements at their fingertips.

This free of cost application is available on android and iOS platforms, and continues to contribute up to 10 per cent of the total number of complaints received even today. Srinivasan K Swamy, Chairman, ASCI, elated with this achievement said, “We are delighted to receive this esteemed honour from EASA for recognising our efforts towards strengthening ASCI’s role in self-regulation in the country. Continuing with the mission to protect consumers’ interest, ASCI embraced technology to connect with the consumers and curb misleading advertisements. This path-breaking initiative has spurred expand ASCI’s reach significantly across many smaller cities and towns. The app was also referred to by Government departments in India and appreciated for the pro-activeness of ASCI. After three successive wins in the past, acquiring another Gold has further provided cognisance for the SRO on an international platform.”

Talking to BestMediaInfo.com on phone, Purandare said, “There is a process for applying for these awards and also there is a stringent criteria for the entry to be accepted. We are proud that we were selected the best from among some of the biggest self-regulatory bodies in the world, like the Advertising Standards Authority (ASA) UK.”

Adding to the global recognitions, ASCI is now a part of the Executive Committee of International Council on Advertising Self-Regulation (ICAS), which unites global self-regulatory organisations (SROs) and international industry associations to form a powerful body that will facilitate the establishment of new SROs in emerging markets, help empower them and provide a platform to discuss and work on solutions regarding the global challenges faced for self-regulation in advertising.

The EASA Best Practice Awards are presented every alternate year to self-regulatory organisations that have effectively implemented an element of the EASA Best Practice Model – a set of operational standards for advertising standards bodies. The jury is composed of representatives from the advertising industry associations (advertisers, agencies and media) who are members of EASA.