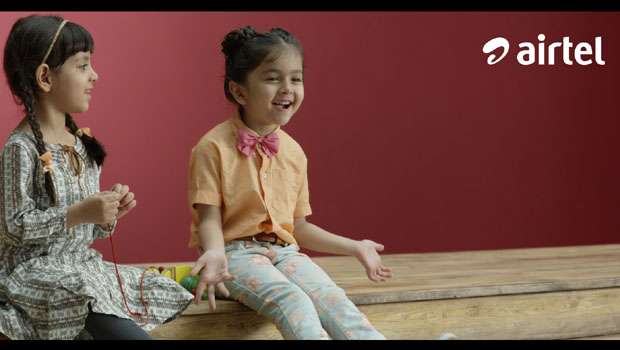 Airtel in a complete 360 from their usual advertising tonality released its latest ad campaign yesterday. The ad opens on two cute little kids using their imagination to answer what all a smartphone should do. As the children keep on getting cuter what strikes you is the evolved narrative of their imagination and how that talks about our daily life. Especially when a little girl says that she hopes her phone should have a bodyguard that could protect and fight!

The message is simple and very well delivered that the choice of a ‘network’ is just as important as the selection of your smartphone. The film closes on a voiceover that says, "while your smartphone is as smart as the network you choose".  A digital lifestyle enabled by smartphones is now becoming the new thing, and customers look to do more and more with their devices. But the experience a smartphone can deliver is enabled through a great mobile network. Therefore, Airtel has released a campaign to inform the consumers that when they spend enough time and money on selecting the most suitable phone, then it is equally important to choose the right mobile network for the phone. The campaign is conceptualised by Taproot Dentsu.

What could be more simple and powerful than illustrating this via limitless possibilities in a child's mind? Watch the ad here:

In the campaign, Airtel combines the power of all its propositions from mobile antivirus, phone damage protection, payments bank, movies, music, games to high-speed 4G – to communicate that it has all the services that a consumer could demand. The strategic rationale of the campaign is to move the needle for the network from just calling or speed to complete network smartphone experience and bring it to the forefront.

Happy to see a player in telecom change the narrative from price or plan to value adds that the category is and should bring!