Conceptualised by Ogilvy Kolkata, the TVC captures the role of jewellery in creating the bond between a mother-in-law and a daughter-in-law 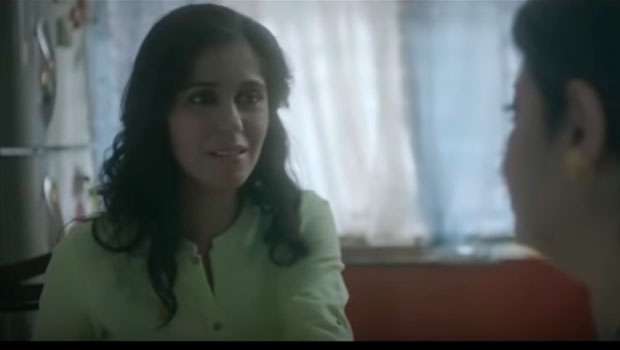 The relationship between a mother-in-law and daughter-in-law has always been a favourite topic of creative people – be it ads or soaps. The latest TVC of Senco Gold and Diamonds also tries to portray the same relationship, but with a sweet twist.

The TVC is set against the backdrop of an urban, upper-middle-class home. Conceptualised by Ogilvy Kolkata, the TVC narrates the story of a conservative Bengali mother who, through the act of giving a bangle to her non-Bengali daughter-in-law, comes to terms with her son’s marital life and eventually accepts his wife as part of her family.

The film opens with the mother ringing the doorbell to her son’s apartment. Nafisa, the daughter-in-law, greets her on the other side of the door. The stern mother enters the house and declares the intention of her visit. She has come to talk to Nafisa, and not her son. A flummoxed Nafisa asks her mother-in-law to sit down, and offers her water. Through the course of their interaction, the mother-in-law gets a whiff of chingri maacher malai curry, a typical Bengali delicacy, and is pleasantly surprised that Nafisa is preparing it for lunch. When asked, Nafisa diffidently remarks that she is only trying to cook the dish as sincerely as her mother-in-law. She admits that she can’t replicate the magic touch that the mother-in-law has in her hands. Moved beyond words, the mother-in-law removes a bangle from her wrist and puts it on Nafisa’s, saying that henceforth, Nafisa will also have that magic touch.

Talking about the TVC, Sujoy Roy, Managing Partner (Creative), Ogilvy & Mather, Kolkata said, “Poignant and heart-warming, the new TVC promises to take you on a journey to the heart of every Indian family, and unravel its inexplicable nuances, unavoidable conflicts and eventual resolutions.”

The man behind the film, Aditya Vikram Sengupta, Director, For Films Pvt.Ltd, said, “Craftsmanship is not limited to jewellery. It is a phenomenon that is present all around us. Every day, we are crafting something new, be it friendship, love or trust. This TVC captures the role of jewellery in crafting relationships.”

Tags: Senco Gold and Diamonds
Advertisment
More from this section