Living Foodz brings cricket and food together in Taste Match

The show hosted by Sandeep Patil will be simulcast on &TV. Cricketers will not only talk about their favourite food and dishes that make them nostalgic, but they will also indulge in a lot of candid locker room chat 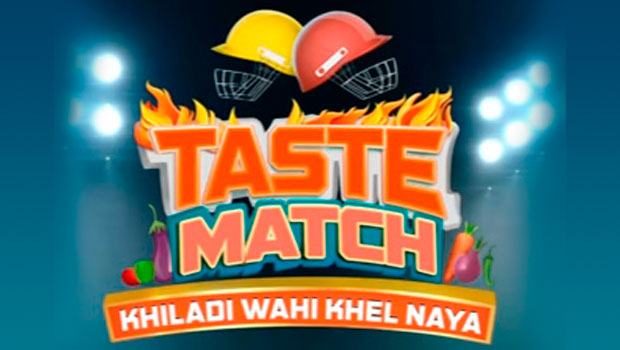 In an attempt to attract cricket fanatics, Living Foodz’s upcoming show Taste Match marries ‘food’ and ‘cricket together. Going another step ahead to bring more specialised content to the masses, the 14-part series will be simulcast on &TV too.

Launching on April 8, the show will be hosted by Sandeep Patil, cricketer and former BCCI Chairman of selectors. It will have a lot of big names from cricket, including MS Dhoni, Kapil Dev, Sunil Gavaskar, Ravi Shastri, Sourav Ganguly, Rohit Sharma, Shikhar Dhawan, Irfan Pathan and Rahul Dravid. The cricket legends and younger stars will not only talk about their favourite food, the dishes that make them nostalgic, but they will also indulge in a lot of candid locker room talk and interesting anecdotes.

Patil will prepare meals for his cricketer friends and colleagues, while they lend a helping hand and might even offer to cook themselves. The show will be produced by BBC Productions. The show is interspersed with segments such as Googly, Third man, Yorker, The Big Lunch, Sign Off, borrowed from cricket terminology.

When asked why cricket and why Patil, Amit Nair, Business Head, Living Foodz, said, “Our idea is always to look for original formats in lifestyle programming with food being a major thrust, while being entertaining. One of the key things that we observed was that Indians have three obsessions — Bollywood, cricket and food. So, cricket came as a very obvious connect. Our search ended at Sandeep when we realised that he is not only a well-known host, cricketer and selector, but also a great cook. He has a passion for cooking, not just Indian cooking but international cuisines too.”

The channel was all the more confident about bringing Patil as a host since he is not an amateur cook. “He understands and can cook complicated dishes too. All of this started during his extensive travel during test and international crickets. Those days, it was not easy to get your type of cuisine in every country, unlike today when everything is globally connected. He used to cook for himself and for others too. In the process, it became his hobby and passion.”

It is also true that Patil has stayed connected to cricket throughout the four-decade career since his Ranji matches in 1975. He has worn many hats from being a cricketer, a coach, a BCCI selector, mentor and hence, he knows the entire generations of cricketers — right from the legends to the new batch.

Patil said, “‘Taste Match’ has given me the opportunity to take a nostalgic walk down memory lane, reunite with some of the former cricket icons and the current idols of Indian cricket, who share our mutual love for the sport. The show unravels a fascinating side to cricketers as they spill the beans on their closely guarded secrets and share inspiring stories of their journey as cricketers. Apart from cricket, I have always been passionate about cooking and ‘Taste Match’ was a great way to reminisce about sports, life and all things in between over food!”

The show will be simulcast on &TV and also few international channels of ZEEL, including the international beams of Living Foodz. Why a GEC like &TV? Nair answered, “Since cricket is something that connects to every Indians and abroad, it is too good a property to be restricted to just one channel. &TV will take it to a mass audience, while Living Foodz will offer it to the niche and specialised audience.”

The show is expected to bring in a lot of sports audiences to the lifestyle and GEC genres. While YepMe has come on board as powered by sponsor, Domino’s and Savlon are the other sponsors. “We are looking for more sponsors and are in talks with a few already,” added Nair.

The channel has come a long way in entering the priority lists of the marketers. Nair informed, “Initially, we had traction from food advertisers only, but now we have advertisers from tourism boards, e-commerce and airlines — the service category advertisers.”

The show is being marketed across television channels (including network channels and cross networks), outdoor and digital. The channel has decided to take a visual route for promotions. Living Foodz will also organise a contest for fans with a chance to win exclusive jerseys, cricket bats and balls autographed by cricketers.