Conceptualised in-house and executed by iris Worldwide, the campaign aims to tell parents how nurturing a creative mind could help builders of tomorrow make a mark in the world. To know more, BestMediaInfo.com spoke to Sudip Mall, Director, Emerging Asia Market, Lego 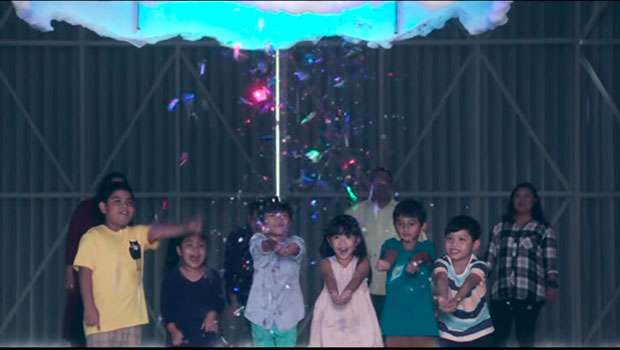 Has your child built anything out of a game of Lego? I’m sure he/she must have. But did you ever think that the creation may come to life? Well, Lego embarked on this journey a few months back when it decided to bring life to a child’s creation.

With the launch of the #LegoBuildAmazing campaign, the brand sets out to highlight a different route to a child’s success in the world, besides the traditional focus on academic success – through the freedom to explore, imagine and create. Lego aims to show parents how nurturing a creative mind could help builders of tomorrow make a mark in the world.

Conceptualised in-house and executed by iris Worldwide, the ‘Lego Build Amazing’ campaign is a year-long initiative to reflect the brand’s ongoing commitment to inspire children to think creatively and unleash their future potential for success.

What Lego did was they brought together a group of children at a Lego playground and tasked them to build ‘something that can fly,’ using their imagination and Lego bricks. They came up with an idea that was fun – a flying cloud that rains candy. The innocent idea, built by Lego bricks and fuelled with massive doses of creativity, was then taken to a group of engineering students from the School of Aeronautical Engineering at Singapore Polytechnic, who faced the not-so-easy task of bringing it to life as an actual innovation.

The video captures how the kids end up discussing what all their flying objects should have. The engineering students captured the nitty-gritties and actually made a flying cloud that could rain candy. The three-minute video captures it all, as the video ends with its message – ‘Amazing has a beginning, build your child’s future potential today.’

The campaign urges one to think differently and think forward. In order to know more, BestMediaInfo.com spoke to Sudip Mall, Director, Emerging Asia Market, Lego, on this initiative.

To support the #LegoBuildAmazing campaign, Lego will come up with a series of events to spark the kids’ boundless imagination and take joy in their imaginative creations. Mall said, “Parents can look forward to many fun and exciting activities to promote curiosity and inspire kids to think in new and unconventional ways – including workshops led by adult Lego builders to guide kids in building their very own unique Lego creations.”

Apart from that, parents can capture a picture of their kids’ amazing creations, upload on social media with the #LegoBuildAmazing to inspire and share their creativity with everyone else.

Besides the video, Lego is also bringing forth a series of behind-the-scene videos, where the team would be sharing how the creativity from the kids inspired the parents and students to think differently about future potential and the importance of thinking out-of-the-box.

Since the campaign has been launched in five Asian countries – India, Indonesia, Thailand, Vietnam and the Philippines, Lego will be focusing on the same countries for media traction.

Lego is confident that the message will resonate well with other Asian markets as well and hence they will be integrating this campaign as part of their marketing initiatives in Singapore, Hong Kong, Taiwan and Malaysia.

Asked about their social media strategy, Mall said, “Our social media strategies are building in sync with our ongoing connection with the brand, bringing regular communication to inspire children to think creatively and unleash their future potential for success. We also regularly share small tips and tricks on how parents can engage their kids and play together. There is also a practical side of making sure our fans are always aware of major activities happening around them like events/ promotion/ building workshops.”

As part of the initiative, Lego will introduce the ‘Build Amazing’ creativity starter to expand their creativity and imagination catering to the Indian market.

Prior to this campaign, the brand had launched a campaign called ‘Stories of my Lego bricks’ to encourage the ingenuity and love of tinkering in the country’s young builders. Mall added, “Children across the country are called on to ignite their limitless creative potential by sharing their unique Lego bricks stories. And they will then have the chance to bring their imaginative stories to life at the – Build your stories.”

“For over 80 years, Lego has been the building block catalyst of a generation's creativity. True to Lego's belief, we are all about to inspire and develop the builders of tomorrow. If we look around, all the advanced innovations start with an imagination. We believe children's boundless imagination ignites their creativity which will shape up their future. It is important that the creativity be nurtured today,” he continued.

By launching the #LegoBuildAmazing campaign, Lego hopes to shine a light on children’s imagination to encourage parents and adults to see the importance of nurturing creativity through creative play.

The brand’s key message is clear, Amazing has a beginning. Build your child’s potential today. Spending time to build together with your child does not only encourage great bonding; it is a precious moment for parents to learn and grow with their kids together.