The panel will be led by Tim Malbon, Founding Partner, Made by Many. The Jury comprises names like Eric Cruz from AKQA Shanghai, George Kovoor from OgilvyOne Worldwide, Roopak Saluja from The 120 Media Collective and Prashanth Challapalli, Leo Burnett amo 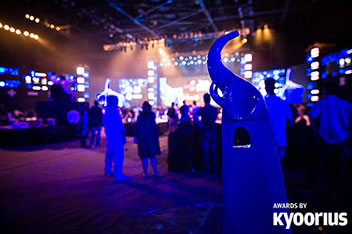 The panel will be led by Tim Malbon, Founding Partner, Made by Many. The Jury comprises names like Eric Cruz from AKQA Shanghai, George Kovoor from OgilvyOne Worldwide, Roopak Saluja from The 120 Media Collective and Prashanth Challapalli, Leo Burnett among others

As the fourth edition of the Kyoorius Creative Awards draws closer, the jury panel for the Digital category has been made public. The prestigious awards celebrate creative communication brilliance in the fields of digital, advertising and media.

The Digital Jury panel will be led by Tim Malbon (Founding Partner, Made by Many). Malbon has been creating innovative online community work since 2000 and was named among Revolution Magazine’s ‘Future 50’ – as one of the ‘marketers, authors, entrepreneurs, and thinkers who will shape the digital industry of tomorrow.’ It also called him ‘disruptive and challenging.’ He is an agilest, strategist, dad and a designer of social software.

Rajesh Kejriwal, Founder and CEO, Kyoorius, said, “Over the last five years, the advertising and media industry as we know it has seen dramatic and evolutionary transformations. The advent and growth of digital together with technology has led to changes in the way we think, act and communicate with the modern day consumer. In this sea of change, the concept and execution of creative communications too has evolved leaps and bounds. And it is this outstanding creative excellence and innovation that Kyoorius aims to recognise and honour.”

“The Awards felicitate outstanding talent that seamlessly integrates idea and craft to create superior artistry and craftsmanship. The Jury’s exceptional calibre and experience acknowledges the importance our awards and its place in the creative arts,” added Kejriwal.

The open Jury Sessions will be held from May 11-13, 2017 at Ecole Intuit Lab, Mumbai. This novel session by Kyoorius will invite people from the industry and media to attend the jury sessions, to learn and benefit from the discussions and the entries showcased.

While entries for awards will close on April 19, the last day to submit physical entries is April 26. The Kyoorius Creative Awards ceremony will be held on June 2, 2017 at the Dome, NSCI in Mumbai.