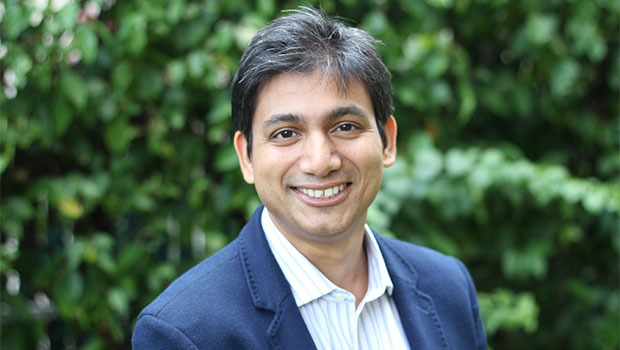 Ever thought how an artificial intelligence (AI) based conversation could scour the web for trending news, videos and tweets? Well, Blaze’s chatbot is here to help you discover that and be your news buddy. Like a friend, the bot gets to know you and shares information and topics you might be interested in, but also shares fresh, new content that you would normally not discover.

Carlos Fernandes, CEO and Founder, Blaze, recently visited India for the launch of this bot. BestMediaInfo.com caught up with Fernandes to understand the usage of bots.

Fernandes begins by stating the history of Blaze. He says that Blaze is a rebranding of another bot they did called ‘Now trending’ bot. The journey for chatbots began on Telegram, but it seems that Facebook’s Messenger picked it up faster for most of them.

The idea behind launching a bot and not an app was because technologists use apps and a bot is much more than that. All users talk through apps. There’s so much clutter on one’s screen and that’s where a bot works better on a messenger that one uses on a daily basis.

When asked about the business model of a bot, Fernandes said, “The Blaze business model is actually B2B, notwithstanding the fact we will run a direct to consumer service. The service itself is a way to demonstrate our ability to deliver and show media companies that we can make them money.”

The business model is to bring content marketing to bots and provide another touch point for publishers and media companies to reach their customers and build revenue.

Blaze has three goals — to help eliminate echo chambers; to help stomp out fake news and to help media companies, publishers and content owners leverage AI and text summarisation technologies that we offer on a B2B basis.

Speaking about content and personalising news for the consumers, Fernandes said, “Personalisation can take some time to kick in, but if you connect with the bot the first time, and select three topics, the system might notice that these three topics are common to a particular larger group of regular users, we can recommend other topics that same group is interested in. This can result in a lot of unexpected data — with seemingly no logical relevance — such as people interested in equities are more interested in the broader category of sports as opposed to having a very strong bias to cricket.”

On content curation trends, Fernandes said, “If you look at YouTube, it would take you 30 lifetimes to watch the videos uploaded in a single day. There is just such a large amount of content and it is extremely difficult to manage. At the same time, a tiny sliver is incredibly popular. If you can filter that sliver of content and get the best content, organised then that is an incredibly compelling value proposition. That’s what we do with InstantTV. With Blaze we take a similar approach. We use a combination of human beings and AI to curate and organise content. On its own, AI cannot accurately curate content and human beings simply cannot scale with the volume of content. The human-AI solution is the only way one can balance quality with scale and that’s the premise we live by.”

Elaborating on the limitation of the Indian market, Fernandes said, “Bots are new worldwide and it is early days for bots in India too. The market is evolving and there are a lot of things we will have to learn along the way. That said the fundamental premise that consumers are overwhelmed with apps and use only a select few that the future is in conversational interfaces and AI is unmistakable.”

Blaze is partnering with some of the largest MSOs in India and South East Asia for their video curation platform. “On Blaze, we are focusing on our consumer bot and at the same time initiating conversations with media publishers. Stay tuned on announcements,” Fernandes added.

Blaze is already functional in India and intends to deliver an experience which will blend entertainment and news in a never seen before manner. On asking about how they will partner with news agencies in India, Fernandes said, “We will drive clicks to news agencies and we will provide them with bots. This is not very different from our model with InstantTV. We launch a consumer facing product and apply those learnings in a B2B context.”

Fernandes who is also CEO of InstantTV is already finalising details with B2B customers to bring InstantTV to India.