Fun amid seriousness: The changing brand quotient of Mirinda

The brand’s sudden change in the brand communication from being a fun brand to taking up a serious message of exam pressure came as a surprise. While BBDO India has conceptualised the ad, BestMediaInfo spoke to Gaurav Verma of PepsiCo to know if the campaign hints at the changing brand positioning of Mirinda 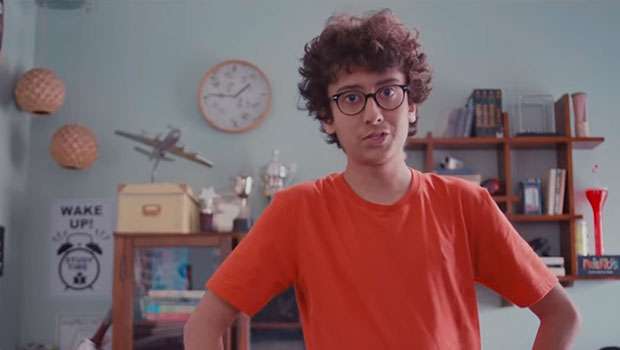 What comes to your mind when you think of Mirinda? The cool orange drink with fizz, and equally the quirky ad films featuring the bubbly brand ambassador Asin and a few others sporting the line “kyunki pagalpanti bhi zaroori hai”? Mirinda has always been a fun brand, relating to crazy quirkiness in consumers’ minds.

Suddenly, after close to two decades of the fun positioning, in February 2017, Mirinda kicked off its ‘No More Pressurepanti only Pagalpanti’ campaign, to draw attention to the immense pressure faced by teenagers during exams. Starting April, the brand went back to its funny quotient and released another campaign, in its typical fun and playful manner. The TVC is a take on the way parents act with teenagers during exams. The film goes on to highlight the importance of taking a break while studying to release the pressure – reiterating ‘Pagalpanti bhi zaroori hai’. The commercial is conceptualised by BBDO India.

For the first time ever, Mirinda has slightly changed its strategy and focused on serious issues such as exam pressure on kids. Why this change? BestMediaInfo asked Gaurav Verma, Associate Director, Flavours Marketing, PepsiCo India.

So, does the campaign hint at the slowly changing brand positioning of Mirinda?

Verma answered, “At the core, Mirinda is a fun brand that drives sociability and has always stood for the bold taste that unleashes ‘pagalpanti’. We will continue to communicate this philosophy with the ‘No More Pressurepanti, Only Pagalpanti’ campaign, albeit through a different lens. While we aim to create awareness about the serious issue of exam pressure, we are giving a very realistic solution that a break amid the stress can go a long way in releasing the pressure.”

The brand hit upon the insight of the campaign when it met consumers in the age group of 15-18 years and heard from them about the stress points in their life. One common theme was derived, which was the pressure they face during exam time. “Through this campaign, we are looking to drive a purposeful meaning of what the brand stands for, by affecting positive behaviour change,” added Verma.

Explaining the reason for bringing a serious message for a rather fun brand, Verma said, “The campaign was launched at the time of the year (in February), when teenagers go through a lot of exam pressure, and pressure to perform. We are drawing attention to the immense pressure faced by teenagers during exams. In the second phase of our campaign, we have taken a more fun approach with the release of our ad film, which highlights the pressure faced by teenagers during exams, and the need for a ‘Pagalpanti’ break.”

The TVC opens with a teenager talking into the camera sharing how his otherwise cool parents turn uncool during exams. He shares how his mother hides routers, his dad dislocates the dish and the tablet is buried under the cushion. All this happens due to exam pressure. So, wherever there is pressure, it must be released. Therefore, to release pressure, he takes out Mirinda bottles from the fridge and makes his parents drink it. They become cool and start playing with him. Towards the end, his father says that happy minds help study better, so it is important to release the pressure.

The campaign has received an overwhelming response and has spurred conversation around the issue of exam pressure. The brand has tried to create awareness around an issue that is often ignored while giving teenagers a platform to share their woes. The video on Mirinda's official YouTube channel garnered over 9.8 million views and the Facebook video has been watched by over 2.4 million consumers. Additionally, over 15.7 Lakh people have supported the cause on the campaign microsite.

Tags: Fun amid seriousness Mirinda
Advertisment
More from this section