Giving a branding and business perspective on the deal, most experts agreed that the acquisition doesn’t make sense apart from the fact that there will be consolidation of the market 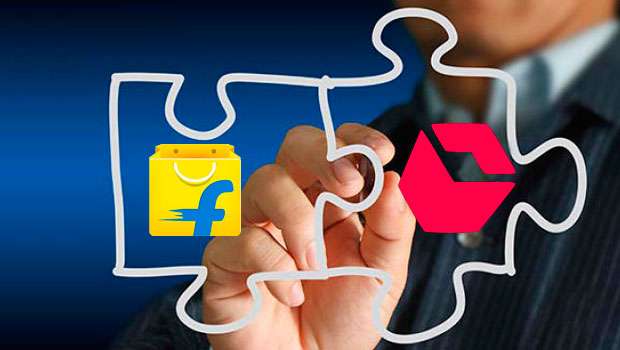 If one recalls, over a decade back, most of the personal computers and laptops came with an inbuilt shortcut for the shopping portal ‘Ebay’ and that’s how the journey of ecommerce began in India. The ecommerce company that entered India in 2004 by acquiring Bazee.com, an auction site, was one of the first such players in India – much before Flipkart and Snapdeal saw light of the day and Amazon set up shop in India. Flipkart began in 2007, Snapdeal in 2010 and Amazon launched its India operations in 2013.

After the entry of Amazon, Indian ecommerce players such as Flipkart and Snapdeal buckled themselves up. From 2014, Flipkart has definitely been on a shopping spree. First it acquired Myntra in 2014, then in 2016 Flipkart’s Myntra acquired Jabong and it’s not even a month that Flipkart has acquired Ebay’s India business. Who could’ve gotten more shopaholic than the company itself!

But what is more interesting is the recent talks about Flipkart being interested in acquiring its rival – Snapdeal. If this acquisition takes place, then the ecommerce industry in India will become a two-horse race between Flipkart and Amazon.

Saurabh Uboweja, Brand Guru and CEO, Brands of Desire, said that there are two perspectives to this  – one from a branding point of view and the other from a business point of view.

From a branding perspective, Uboweja is of the opinion that if the acquisition takes place then Flipkart remains Flipkart and Snapdeal remains Snapdeal and business goes as usual. “But the turning point will come in the fact that Snapdeal founders Kunal Bahl and Rohit Bansal are looking at exiting the business, which could impact the brand in a big way. Their exit means looking for new talent.”

According to Uboweja if Snapdeal is destroyed, the brand is demolished. The sellers will merge with Flipkart and the good talent will move there. “At such a stage, the brand value is going to be a concern for investors. Flipkart will have to manage a lot of mess and the benefits will go to Amazon and Paytm,” he said.

Another point that must be noted is that the philosophies of both the brands are different. So there’s never going to be a perfect merger. About the business perspective, Uboweja said the sale of Snapdeal is the last bet for SoftBank to take out its investments from India. “It’s a messy time for Indian ecommerce and it can end up creating a monopolistic market. But it’s the end of a honeymoon period for ecommerce consumers. We may see lesser discounts.”

We’ve seen how people are giving up on ecommerce in India. Not all the ecommerce players have been profitable – especially the ones who are offering discounts. It is interesting to know that in spite of the existence of these large players, apparel brands and retail companies have their own ecommerce portals that directly cater to the needs of the consumer. The market is quick dense and the discount survival strategy may not necessarily work.

Ramanujam Sridhar, Brand expert and Founder, Brand-comm, too thinks that offering discounts is a challenge for these companies and maybe this acquisition could reduce the dependence on discounts. He thinks that it’s not a successful business way forward.

When a company buys another company, they buy it for one of its strengths. When Facebook acquired Whatsapp or Instagram for that matter, it made business sense for the social media company because it could seamlessly integrate its expertise into both the businesses. But what sense does it make for an ecommerce player to buy another ecommerce player, which is in the same space, selling similar products and it doesn’t have any strength either. The only common thing between both the companies is the fact that they’re making tremendous losses or are bleeding.

Ronnie Screwvala, founder of UTV and an entrepreneur of multiple companies in the media and entertainment industry, took to Twitter to express his concerns on Flipkart’s interest in buying Snapdeal. His three-part tweets are as below:

Don't understand why a FlipKart would think of buying SnapDeal. Makes no sense. SD built no differentiator/strategy/lost in ego of Mgmt(1/3)

3/3-Otherwise its back to NON Sense from where Sense was starting to prevail-again its Investors in hyper deal making mode-Tail wagging Dog!

If one sees the US market, there are enough evolved players and everyone has space to exist. Such is not the case in India. Consumer spending has played an important role in these kinds of businesses. As much as we’ve seen internet adoption, smart phone penetration and internet usage, the number has just been increasing. It is actually the millennial audience who are actually spending online and that’s what is reflecting in the growth of these ecommerce companies.

Karan Gupta, CEO, Andbeyond.media is not a big fan of how brands merge with each other. For him, this spending is going to continue to grow. “But what we’re talking about is the consumer trend of the next batch of users is not going to come from millennials. A lot of reports have talked about the rural wave of internet users that is going to kick off from tier two cities and small towns. That will bring in a new kind of adoption with more content and less ecommerce. From that perspective, the Flipkart acquiring Snapdeal might not make sense. From a TG perspective there may be overlap and that might not be a strong point. It’s not that one is adding value to the other. I think it’s another Verizon buying AOL and Yahoo kind of deal, where now they’re trying to figure how to leverage each other’s strengths.”

In her personal opinion, Neena Dasgupta, CEO, Zirca Digital, said, “Any acquisition that happens has a specific reason. I don't have any of those details.  However, in my sense one of the reasons why they want to acquire Snapdeal is to consolidate its position in India with the user base that Snapdeal brings. Snapdeal has managed to generate a large base of users and has a strong distribution network as well. I really respect and admire the fact that Flipkart has managed to grace the Amazon fight. If we see what they’ve done is they’ve also cleaned up the sellers who were taking their service scores down. Also, they’ve acquired Ebay, which was actually one of the best market places created with a great philosophy of a true market place. One will need to wait and see how it all unfolds eventually.”

Snapdeal’s estimated price is $ 1 billion, as against its peak value of $ 6.5 billion, according to reports. The ecommerce player’s largest stakeholder is Japan’s SoftBank. Apart from Flipkart, the sale of Snapdeal has grabbed attention from America’s Amazon and China’s Alibaba. The deal, if successful with any of these players, could shape the $ 16 billion Indian online retail industry.