If we engage with the brands knowing the dates, advertising is doing well. Last week various brands have shown that and created quite a buzz. Knowing the campaigns have broken around 1st April, some could figure out the gags but many others happily went on a ride 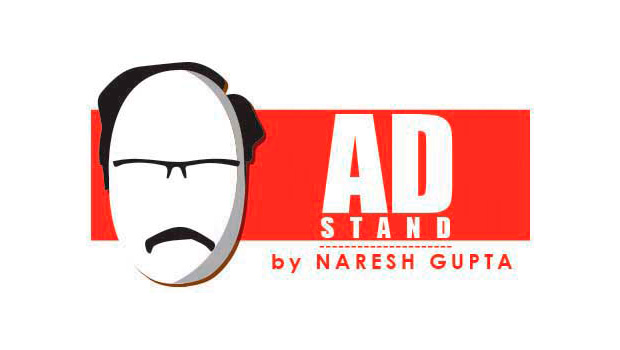 One thing that various brands have demonstrated in last one week is that advertising works. There is no other reason why across the world would have generated the kind of interest it did. For some, the consumers could figure that it was a gag, but for many other brands the consumers were happy to go on a merry ride knowing that the campaigns have broken around 1st April.

Ixigo came up with ixigo glass, a device that is a result of our ground-breaking research over the last three years in machine learning, augmented reality and predictive analysis. The glass as a device was something that got internet buzzing in almost no time. ixigo promised the device to be free on pre-order, they also put a number to how many they will give out free. It’s true that many people wanted the device, some got the sense that it was a prank, that number was way too small. ixigo did pull glass over many eyes, and did so without spending money. Head to https://www.ixigo.com/glass to join the post prank fun.

The second brand that had a revolutionary breakthrough device was Ola. It created a self-driving automated wheels called #OlaWheels for short commute. While the video was cute it did not create the kind of buzz that ixigo created. May be the consumers did not find the device to be quirky enough

The third brand in the devices space was Tata Tiago, the small car had a really cute innovation, the Tiago Insta Edition, with windows that have an In-Built Instagram Filter Feature. Now, you don’t need to browse through filters from your Instagram account. The front windscreen was supposed to get paired with the phone and pictures shot through the phone can experience the Instagram right on the windscreen. Did people get pranked? Going by the buzz on social media, people were willing to open their purse and write the cheque.

And while on devices, Honda Dream Laboratories introduced Honda cars with Emoji Horn! Created by Honda Dream Labs, the car comes with seven different emoji sounds so that you could share the feeling with fellow drivers on the roads. The car or the driver could tell the others if they are happy or laughing or annoyed. This is one idea that can make Indian roads fun; what if the cars automatically posted the emoji used in the social pages and built an emoji song for all Honda drivers? Or maybe this is what the Honda Dream Labs are working on for next All Fools Day.

Durex cleverly bought its international Korean campaign for Durex Jeans to India and with the might of Ranveer Singh got the whole country buzzing. Was it an April Fool prank or just the launch of a new variant? While the brand says it’s a new Variant,  Spykar had a clever take on it. Spykar announced its entry into the condom market. The Condom-Jeans combo kept the audience engaged in the conversation. Durex started it, Spykar was clever.

Did Internet have a panic attack?

If we engage with the brands knowing the dates, advertising is doing well.

(Naresh Gupta is Managing Partner and CSO of Bang in the Middle. The views expressed are personal.)