The channel is replacing the third season of Jamai Raja at its 8.30 pm slot. Produced by Rajshri Productions, the new show features Marathi actor Akshay Mhatre as its male lead and Sheen Das as the leading lady 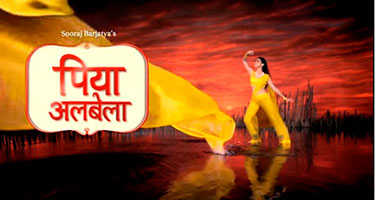 The channel is replacing the third season of Jamai Raja at its 8.30 pm slot. Produced by Rajshri Productions, the new show features Marathi actor Akshay Mhatre as its male lead and Sheen Das as the leading lady

Zee TV, the flagship GEC from Zee Entertainment Enterprises Limited (ZEEL), has announced the launch of its new fiction property, ‘Piyaa Albela’, on weekdays at the 8.30 pm prime time slot.

Produced by Rajshri Productions, the show is a love story that premiered on Monday, March 6. The show features Marathi actor Akshay Mhatre as its male lead Naren while Sheen Das makes her debut as the leading lady Pooja with the show.

Deepak Rajadhyaksha, Deputy Business Head, Zee TV, said, “Our content at the 8.30pm slot, over the last couple of years, has been a game-changer for the industry. Jamai Raja, which now draws to a close, broke stereotypes and placed the spotlight firmly on the male protagonist in an otherwise female-oriented domain. The show not only set a strong differentiator but met with an overwhelming response and has had a glorious run of over two years.”

Rajadhyaksha added, “Replacing the show is Piyaa Albela where we partner with Sooraj Barjatya to introduce audiences to yet another unique male protagonist, unlike any other seen on television so far. The story is a contemporary love story where two contrasting souls -- one deeply spiritual and the other worldly and practical -- are brought together by way of a contract and with an agenda to fulfil. The chemistry that unfolds gradually between the two makes for a very compelling narrative that we hope our audiences will appreciate.”

Piyaa Albela is a story of Naren and Pooja. The protagonist is on a path of spirituality, with questions about life unanswered by the God he is asked to worship. Studying psychology, more in the classroom of his mind and soul than an average college, Naren barely even reads the news. Unkempt in appearance and erratic in his manner, he is looked upon as reclusive and anti-social. Lost in his own world of meditation, the poor little rich boy is a rebel, a maze his own parents have failed to decipher.

She is everything that he isn't. Pooja is a beautiful second-year student -- warm, confident and a complete people's person. Her talent range from being a karate champ, who can straighten wayward boys trying to get fresh with her, to dancing like a dream at the cultural nights of her university. Miss Congeniality is the apple of her mama's(uncle’s) eyes. It was in his care that she was raised ever since her mother passed away. But with the mama’s wife clearly outlining the distinction between ma and mami, Pooja has always been thirsty for maternal affection.

Having spotted Pooja, Naren’s parents are convinced that it would take a girl of her personality traits to befriend their son, understand him and win him over. In a modern day interpretation of the classic Vishwamitra Menaka love story, watch what happens when the worried parents approach Pooja to rouse him from his spiritual slumber and wake him up to the practicalities of the real world.

Producer Barjatya, said, “The concept of a sage in meditation and a temptress attempting to break his penance is a very limited view of the Vishwamitra Menaka story. Very few people know of the love story between them. Our story is not mythological – it is set in contemporary times with real, relatable characters. It has elements, however, that can be compared to the classic. Our protagonist Pooja is approached by Naren’s parents to ignite a spark for the real world within him. But how the two react to each other at the outset and then gradually come closer in the course of their interactions forms the crux of Piyaa Albela.”