Created by Soho Square and Sideways, the campaign takes the offbeat path and dwells on the cons of smelling good 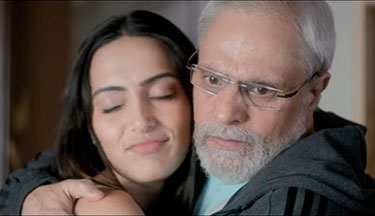 Created by Soho Square and Sideways, the campaign takes the offbeat path and dwells on the cons of smelling good

In a category cluttered with images of men dousing themselves with perfumes and deodorants and women going unnecessarily crazy with lust, Wild Stone has come out with a campaign that strays away from conventions. No topless men emptying a bottle of fragrance or women in heat in this one.

Conceptualised by Soho Square and Sideways, the campaign takes the offbeat path and dwells on the cons of smelling good. The setting for the story is of a party where a boss is introducing his employees to his daughter. The boss also happens to notice one particular employee and compliments him on his perfume. The scene then shifts to next day morning where the boss goes to wake his daughter up. As he hugs her, he smells the same scent on her as he did on his employee. The spot ends with the message ‘Log toh notice karenge’.

Commenting on the campaign, Piyush Pandey, Executive Chairman and Creative Director, South Asia O&M, said, “The entire idea was to buck the conventions and establish McNroe as a fragrance expert. In this manner, we have communicated the power of smelling good, which is refreshingly different from what the competition is doing.”

Talking about the different approach they have taken with this campaign, Abhijit Avasthi, Founder Sideways, said, “We want to bring alive the power of smelling good in understated and endearing ways. The new persona of the brand is fresh and very cool. This journey in some ways began with the previous 'Elevator' films for the deodorants which were very well appreciated.

Sideways is building the creative strategy for the Wild Stone brand in partnership with the agency.