Conceptualised by Ogilvy & Mather, the campaigns convey the idea of empowering one's better half with valuable life skills 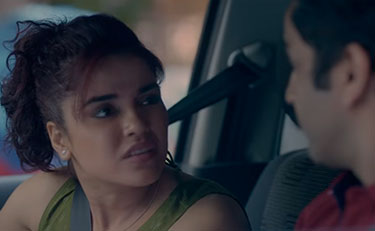 Conceptualised by Ogilvy & Mather, the campaigns convey the idea of empowering one's better half with valuable life skills

Max Life Insurance recently launched a television commercial and two digital campaigns. Conceptualised by Ogilvy & Mather, the campaigns convey the importance of having a term plan as they show a couple learning each other’s habits.

The television commercial shows a husband (Adi) teaching his wife (Tara) how to drive. As she struggles to drive, Tara tells Adi that she can’t do it. She tells him not to lecture about, ‘what after me’ and says people invest in insurance for the future and not driving. Adi quickly replies that he has taken a term plan but to go to the market to spend the returns, she has to learn to drive. That’s when she agrees to learn driving and starts the car again. The campaign ends with a voiceover saying, ‘We’ll protect her tomorrow; you empower her today.’

In the digital only campaigns, the first film shows that Tara decides to teach Adi how to make tea. The campaign begins with the couple having a conversation in their living room. As Tara tells Adi about having taken a term plan, she quickly grabs his tea as she continues the conversation, ‘There’s so much for you to learn before I leave the world, like making tea.’

In the last film, Tara seeks Adi’s help to fix a tap. Adi is apparently on a call with his boss. He guides Tara on how to fix a tap. As she finishes fixing it, his phone rings and that’s when Tara learns that Adi was pretending to be on a call. Both the digital films end in a similar manner with a voiceover saying, ‘We’ll protect her tomorrow; you empower her today.’

Ajay Gahlaut, Executive Creative Director, Ogilvy Group Companies, North, said, “This campaign is light-hearted, relatable, emotionally captivating and depicts some aspects of the consumer's everyday life. Life is uncertain and the brand promises to give a financially secured future to its customers. The creative idea is of empowering one's better half with valuable life skills. This is captured through the charming banter between the husband and wife.”