Best Media Info speaks to broadcasters, brand custodians, media planners and buyers to understand if the release of rural data is helping marketers get customers and broadcasters earn some more bucks 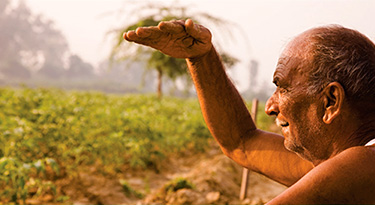 Best Media Info speaks to broadcasters, brand custodians, media planners and buyers to understand if the release of rural data is helping marketers get customers and broadcasters earn some more bucks

Let’s start with a few facts. As per the last Census, 70 per cent of India lived in villages. The FICCI KPMG report 2016 says India had about 175 million TV households at the end of 2015 of which about 50 per cent are rural. The Broadcast Audience Research Council India (BARC India) started giving out the rural data around October 2015. It reaches out to about 153 million TV households, of which 77.5 million are urban and 76 million rural.

As we combine these facts to draw inferences on television content consumption and advertising spends, we can see the significance of rural data being churned out by BARC.

Seeing the growing significance of these markets and the availability of the metric, the top broadcasters launched a lot of free-to-air (FTA) offerings, especially for the rural market. Star Utsav, the very first entrant in the FTA segment, was launched in 2004 by Star India. After that Rishtey was launched in 2012, Zee Anmol was launched in 2013 and Sony Pal in 2014. These four major FTA GECs compete for rural eyeballs.

Rural audiences behave in a very different manner compared to urban audiences on a lot of parameters. The time spent by viewers in rural India is comparatively more consistent and longer than urban counterparts. The FICCI KPMG report 2016 said: “Prime time in the rural market has been identified as the hours between 5.30 to 10.30 PM versus 6.30 to 11.30 PM in urban markets.”

One advertiser who didn’t want to be quoted said the consumption of content on these channels is very high during the afternoon hours. “What we have observed in the last seven to eight months is that the primetime for a normal GEC doesn’t really clash much with the primetime on the FTAs.”

But K Srinivas Rao, National Director - Buying at Mediacom, said they did not observe any such trend, adding, “But all the marquee properties are still being slotted in the evening primetime slots, which means there is a good pull for the normal primetime.”

Rural, the importance of geographical regions, affordability and other things have already been discussed a lot at various platforms.

Best Media Info speaks to broadcasters, brand custodians, media planners and buyers to understand if the rural data is helping marketers get customers and broadcasters their revenue.

Lalit Agrawal, Senior Vice-President, OMD, said, “Rural markets were largely blind spots for advertisers on TV before the release of rural data. Advertisers used to largely depend on other mediums such as OOH, ground activations and others. While some advertisers have started using mobile very effectively, TV still has a big role to play. So to be able to reach out to these audiences at a mass level and also be able to monitor the reach is a big boon to advertisers targeting the rural markets.”

The categories of advertisers that are heavily dependent on the rural markets are FMCG, mobile handsets, auto and telecom. A lot of people suggested how rural is a crucial market for marketers as that is where the major thrust is. In the urban sector, there is a certain amount of saturation for some of the major categories. E-commerce has also started looking at penetrating rural markets.

Rajiv Dubey, Head, Media, Dabur India, said, “In our scheme of things, the GECs are the most important and then comes the FTA channels. They offer huge reach and their importance has increased, especially after BARC has started giving out rural data. Dabur’s 45 per cent sales come from rural India and hence having a rural footprint is very important. With the avavialbility of rural data, we sometimes have plans purely based on FTAs. These channels are a very significant part of our marketing plan.”

All said and done, why are advertisers willing to put their money in these channels and are broadcasters able to really monetise these entities?

It is a common notion that the free-to-air channels are commercially viable propositions for the broadcasters despite the fact that the advertising rates commanded by these channels in comparison to their elder siblings are quite low.

“I don’t see why the FTA GECs won’t make a profitable statement for themselves. Their content cost is zero and they don’t really have a marketing budget requirement,” said a senior official from an FMCG major.

Ashish Sehgal, COO, Zee Unimedia, said, “FTA was always a profitable proposition for us, it's just that the profits have grown significantly after the rural data. Our ad rates too had increased to as much as 200 per cent at one stage when Zee Anmol was the leader initially and the gap between No.1 and 2 was too wide. However, since the genre has to grow simultaneously for all the players, which hasn't happened, our rates have stabilised at about 120-140 per cent growth.”

The FTAs have a strategy of running repeat content from their mainline GECs. Hence, the marketing for these shows (including promo cuts) for the main channel have garnered enough attention already.

Rohit Gupta, President, Network Sales and International Business, Sony Pictures Networks India, said, “Rural data is certainly helping. It has 50 per cent of the total BARC weightage. It is also a key focus area for all the brands and key marketers because you cannot ignore 50 per cent of the country. We have started selling the free-to-air channels in the same manner as we trade for the mainline GECs. So, they are a very critical component of most marketers. For our network, Sony Wah and Sony Pal both lead the respective FTA flocks.”

Agarwal of OMD is quite confident that the channels would be a profitable deal for the broadcast networks. “They are able to monetise because now there is a science and that is why they should be included in the plan.”

While low content cost is an important part of the profitability factor, Rao pointed out another important part why these channels would be getting the monies. “The inventory levels of the top channels are always on the higher side, so networks offer FTAs to get clients who couldn’t otherwise get ad slots in the mainline channels. The bigger part is that FTAs have brought in a completely new horizon of being able to tap the rural audiences, which you might not have been able to do earlier.”

Sumeet Narang, VP, Marketing (Motorcycles), Bajaj, said, “Yes, inclusion of FTA in our plans has definitely gone up and the reliance on Doordarshan has come down for tapping the rural. It was only expected since now we have more options to reach out to rural. I won’t be surprised if the rates have gone up significantly.” Bajaj has two brands (100 cc bikes) – Bajaj CT 100 and Platina – which see a lot of traction from the rural and tier II and III markets.

Karthik Lakshminarayan, VP, Media Planning and Strategy, Vibrant, Reliance Jio, said, "In general, FTA channels are doing very well and have squeezed themselves into media plans as they are both highly viewed and effectively sold. It’s difficult to ignore them as a sizeable amount of audience is consuming them."

While advertisers are quite pro-FTA and are speaking positively about the availability of rural data, a lot of verticals suggested that the channels have been able to use their monetisation stick in a better way. Have they really been able to command increased ad rates?

Gupta said, “It has taken 20 years for the GECs to reach these ad rates and within 1.5-2 years, if the FTAs are garnering about 50-60 per cent of the GEC rates, it is a great start! About Rs1,000-crore business comes from the FTA flock. We have increased the ad rates every quarter, so in the last one year the ad rates have been hiked by about four to five times. It is becoming a big segment. It might reach a size of Rs 2000-3000 crore a couple of years down the line.”

The channels have been able to increase ad rates but will it still make sense for the advertisers to consider the genre for their plans? Ultimately, the biggest USP of FTAs is cost-effectiveness.

Agrawal suggested that it’s not about more money but the right money. “Advertisers will also evaluate the efficiency and effectiveness aspect compared to other mediums. And I see mobile as a strong competition to them. The absolute rate will be lesser, but we also look at the overall CPRP. A lot of science has to be applied to these numbers. If it is not efficient enough, one might not opt for these channels.”

Dabur’s Dubey feels that the channels have not been able to really hike the ad rates to their maximum potential because the data still needs a certain amount of stability. “They are not able to command the rates because of the inconsistency in the rankings. The leader changes every month. A channel can only command rates if there is consistency to showcase. That is the only thing that will give us confidence to invest monies behind one channel over a period of time.”

Dubey suggested that there’s a certain ceiling for the increase in ad rates for FTAs. Dubey added, “The cost index of FTAs is such that the costs are about one-fifth of a mainline GEC. If the rates go up, then the channels will lose their relevance of being cost-effective.”

One must also look at the kind of advertisers that flock on this genre. Rao pointed out that “if most of the slots are filled by FMCGs, we all know that the category doesn’t buy on high ad rates.”

Agrawal said, “For the advertiser, everything is evaluated on the same common base, i.e., numbers. Now that we have numbers for rural too, it’s an easier evaluation. We will do the build-up and check which channel gives us a better reach – earlier these were very qualitative calls. That is how a lot of regionals came into play because they were probably not really delivering numbers but in the qualitative analysis, they seemed to work. The budget allocation to these channels was very ad hoc.”

Regional channels are included in any media plan, mostly when the brand is looking at targeting a particular state.

As Rao explained, it depends on whether the Hindi channels do better in my target market or not. “So, apart from the four southern markets and West Bengal to some extent, almost all the markets have a good hold on the Hindi channels and hence, the regionals don’t really come up as a replacement really.”

Also, almost all the experts Best Media Info talked to unanimously suggested that each channel and genre has a role to play in the plan and the FTAs are very helpful in bringing down the overall price of the plan and to push up the efficiency. That is the reason why, if these channels increase their ad rates beyond a point, advertisers might stop considering them.

A senior official from one of the FMCG players pointed out how news channels earlier were one of the cheapest options for advertisers. “But if a news channel comes in for a Rs 3,500-4,500 ad rate, why not take up the FTA which has almost equal or better reach at the rate of Rs 1,800-2,500.”