Mukherjee moves from Bloomberg Quint where she was the TV distribution head. BestMediaInfo had recently broken the news of Vikas Khanchandani joining as CEO of Republic 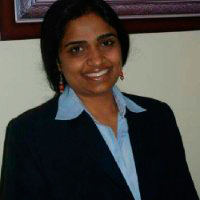 Mukherjee moves from Bloomberg Quint where she was the TV distribution head. BestMediaInfo had recently broken the news of Vikas Khanchandani joining as CEO of Republic

Priya Mukherjee comes aboard Republic as Head, Distribution. Republic is Arnab Goswami’s TV and digital media tech company which is about to be launched. Mukherjee moves in from Bloomberg Quint where she was the TV distribution head. As the news channel prepares to make its debut, she will look after the entire distribution portfolio as Republic has planned to be available across India and international markets.

Best Media Info had recently broken the news of Goswami appointing Vikas Khanchandani as CEO of Republic, and is in the process of announcing more names for his top level management team. The venture aspires to create a movement that will put the power of journalism into the hands of citizens, and will be India’s first footprint into global journalism.

Goswami said, “Mukherjee is an exceptional professional with an outstanding track record. She is an emerging young leader in the television business. She will work closely with Khanchandani to take us into every home in the country.”

Mukherjee said, “Republic I believe will play a significant role to revolutionise the news and current affairs genre cutting across segments of viewers and the public. This is going to be a wonderful journey.”

Mukherjee brings with her a wide experience of 17 years in the media industry with achievements in broadcasting and distribution operations. She has established an impressive track record of being part of launch teams of television channels across India, while successfully helping them make inroads in their genres. She has built her career with organisations such as Discovery Channel, One Alliance, Network 18 and Den Network.