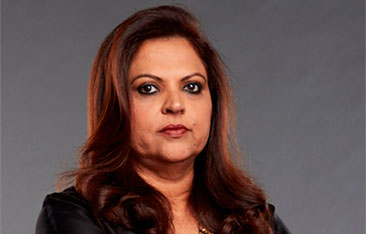 Times Network, the broadcast arm of Bennett, Coleman & Company Limited, has announced the elevation of Navika Kumar as the Managing Editor, Politics, at Times Now. In her new role, Kumar will lead the politics desk of Times Now and guide the channel to scale greater heights. Based in Delhi, she will directly report to Rahul Shivshankar, the Chief Editor of Times Now.

MK Anand, MD and CEO, Times Network, said, “I am pleased to announce the elevation of Navika Kumar as the Managing Editor, Politics, Times Now. She is known for her level of dexterity in handling both political and economic news and is a leading political historian and commentator of the current decade. We are confident that Navika’s vast knowledge and domain expertise will hold Times Now in good stead and reaffirm the channel’s leadership position in the market.”

Rahul Shivshankar, Chief Editor, Times Now, said, “Navika is known for her extensive knowledge of Indian politics and business which reflects in the kind of stories she has broken so far and I congratulate her on the new role as the Managing Editor, Politics, Times Now. I'm confident that she will continue to contribute immensely towards the growth of Times Now.”

On her new role, Kumar said, “I have been with Times Now since its inception 11 years ago, the channel is like my second home. Politics is in the life blood of a vibrant democracy like India. Along with my colleagues at Times Now, we will set new standards in political reporting for all our valued stakeholders.”

Kumar is a post graduate in Economics and is among few journalists who have made their imprint in both political as well as business reporting. Known for her extensive interest in Indian politics, she has been credited for investigating and breaking some of the most prolific stories which includes the Office for Profit story that led to the resignation of Sonia Gandhi, the CWG scam that led to the exit of Suresh Kalmadi, the Augusta chopper scam and Aircel Maxis deal to name a few. With more than a decade of experience in television news, she plays a major role in the editorial, programming and production team at Times Now, the leading English news channel from the Times Network bouquet.