Is Pepsi’s latest ad film a right choice for the brand?

Conceptualised by JWT, the ad continues with the ‘Pepsi thi, pi gaya’ strategy with an international appeal. After the campaign’s success in cinemas and digital, it is set to hit TV screens this month 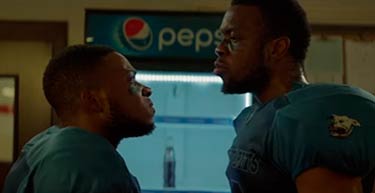 Is Pepsi’s latest ad film a right choice for the brand?

Conceptualised by JWT, the ad continues with the ‘Pepsi thi, pi gaya’ strategy with an international appeal. After the campaign’s success in cinemas and digital, it is set to hit TV screens this month

Pepsi has come back with a brand new campaign ‘Pepsi thi, (kaun) pi gaya’, in line with its previous communication strategy of ‘Pepsi thi, pi gaya’. The ad film has been conceptualised by JWT. After garnering popularity in cinema halls and on digital, it will be launched on television also.

This ad film captures the brand ethos of living life spontaneously by celebrating the fact that there are some things in life you just don’t say no to -- just like a chilled bottle of Pepsi, you go for it without even thinking.

Talking about the ideation and insight, Senthil Kumar, Chief Creative Officer, JWT, said, “Pepsi has always been an iconic youth brand that mirrors millennials and creates popular culture. The idea was to create an encore of our super hit ‘Pepsi thi pi gaya’ film, with the same codes of spontaneity, demonstrating the great taste of Pepsi. So the insight remained the same – there are some things in life that you can’t say no to – like a chilled bottle of Pepsi.”

The film opens in a locker room. The players are shown resting after a NFL game. Among them are two team-mates who hug each other and look towards a refrigerator. The warmth between them suddenly disappears as there's only one bottle of Pepsi. They take each other in an arm-wrestling bout, while the rest of their teammates gather around to cheer them. A man walks into the locker room and gets lured by the Pepsi bottle. Unaware of the reason for the arm-wrestling encounter, the man spots the Pepsi bottle and starts drinking it. As the bet ends, the winner of the arm-wrestling challenge turns towards the bottle of Pepsi and finds it missing. To his surprise, he found the man drinking it. The winner of the challenge and the rest of the team stare at him as he says in a low voice, 'Pepsi thi pi gaya'.

Is the international appeal deliberate?

The film has so much international appeal that till the Indian boys enter the screen, one could not gauge if it is a film made for Indian viewers. This definitely makes one ponder why choose international borders to make this film. It could have been shot in India.

Clearing all the doubts, Kumar said, “This could have easily been shot in a campus in Delhi, Mumbai, Bangalore, Chennai or Kolkata but we cannot ignore the fact that there are hundreds of thousands of young Indians studying or working in international universities and global campuses out there. Today’s young Indian is more international in his outlook and lifestyle like never before. This execution is set in the cultural ecosystem of such global Indians and reaches out to the heart of the millennials, echoing a moment from their campus. We are also touching upon an insightful observation that when one Indian student or worker meets another abroad, they instantly break into the local language. Today’s young Indians are proud of speaking and conversing in their own languages, no matter where they are.”

“We believe that nothing could’ve captured the mood of the film and the pounding energy of a locker room, except for a good track and sound design. It also lets the mike drop at the ‘Pepsi thi pi gaya’ moment extremely well,” added Kumar.

Talking about the challenges, Kumar said, “The big challenge on this film was how to live up to its award-winning predecessor – the hunger strike film. We are happy to report that we have managed to recreate the same magic again!”

The entire project took a couple of months from the script stage to finished film. The film was shot on location in a huge locker room set in Romania, enabling accessibility to international talent and technicians required for this scale of execution.

“Pepsi thi pi gaya’ is one of the ways we’re celebrating the product. The campaign started off in 2015 and now we have injected freshness into it with this new film. We will continue to grow the brand and its popularity with refreshing executions,” he said.

Is the film reminiscence of the 90s Pepsi ad?

Shobhit Mathur, NCD, Hakuhodo Percept remembers of one of the 90s Pepsi film where Sachin Tendulkar and Vinod Kambli got into the last-bottle-quarrel kind of situation and they ended up doing a arm-wrestling bout. Azharuddin entered and gulped down the Pepsi leaving the two aghast. Mathur added, “Was it deliberately remade? Or they just overlooked at their own commercial?”

Pepsi thi pi gaya : Season 01 – Hunger Strike was released in 2015 end, but also ran in 2016 during summer and played for the longest time in cinemas across the country. This was well received by consumers and also won several advertising awards.

The film garnered 9,90,838 views at the time of filing this report.

Pepsi thi jeet gaya: In the summer of 2016, through the much celebrated #PepsiMoji campaign, the brand unleashed emojis through packaging, mood vending machines, outdoor and beyond, with pop-culture at the heart of the Pepsi.  As the part of the campaign, the brand also released a video ad featuring its brand ambassador Virat Kohli.

There were a few more campaigns made as a part of the larger campaign.

Pepsi thi, pi gaya: Season 02 – Arm wrestling has just released to rave reviews across online and social media, and was first released in cinemas across the country in December 2016 along with the release of hugely successful Bollywood movie, Dangal. The film has received across 57,95,226 views on YouTube till the time of filing this report and will soon hit the TV screens in this month itself.

Is it the ‘Right Choice Baby, Aha’ for the creative peers?

Priti Nair, Director, Curry Nation, really liked the ad and calls it as a ‘fresh take on Pepsi thi pi gaya’’. “The storyline actually amplifies the simplicity of the thought. At the same time it has a different look and feel. In fact I started out by viewing saying why international models and why not Indians, till the guy peeps through. There are so many little nuances that have been captured with great detail. The cast’s performance, calibration and the pitch of the storytelling are truly remarkable. The film is underplayed and not over the top,” said Nair.

But Nair got confused with the dynamics of two Indian boys towards the end in the film. “Though I don't understand the dynamics of the team or which team is what and what are the two Indian boys doing, it becomes irrelevant because the film makes you add and put together your own dynamics. That I feel is the power of a good director and creative director working together.”

Charles Victor, National Creative Director, Law & Kenneth Saatchi & Saatchi finds no new element in the latest Pepsi ad and said, “At first, I expected there would be something more to the next instalment of the ‘Pepsi thi’ series. But unfortunately, I find nothing. Was it different from the previous ad? Yes, but only because of the setting (also, I’m still racking my head around the American football setting). Did I like it? Yes. But I didn’t love it because there was nothing surprising about it and I already completed the ad in my head in the first few seconds of watching it. To sum it up, I believe ‘Pepsi thi’ is a great idea, but I believe letting the story roll out in different settings isn’t quite how it must be leveraged.”

Jaideep Mahajan, National Creative Head, Rediffusion Y&R, found the ad funny and entertaining. He said, “I like the way they have used the plot where two friends fight for a drink only to amuse us with the other guy getting the lollipop in the end. It's a good way of setting up a brand image and entertaining people along with some great execution.”