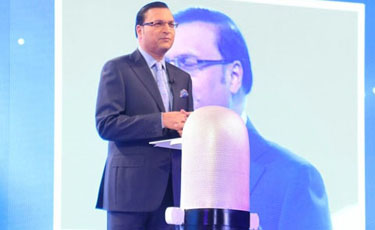 Ritu Dhawan
India TV MD & CEO Ritu Dhawan said, “Team strived hard to match the bar set by India TV’s benchmark on-ground initiatives including the previous version of Chunav Manch. With the massive feedback we have received, both on the innovative format & content, our competition with ourselves is reaching the next level.” “We are happy that we are keeping our audience happy with solid content,” she added while highlighting the tireless effort that goes into keeping India TV content initiatives a level up over the competition. The ground event was managed by ThinkXQ. Info@BestMediaInfo.com