D’Silva, after being with the group for over four years, has expressed his desire to pursue other interests. Mansukhani will join as the new MD and CEO 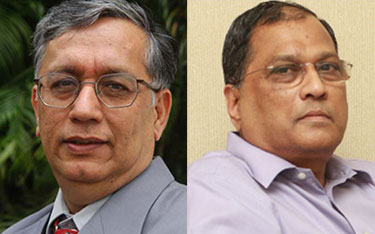 D’Silva, after being with the group for over four years, has expressed his desire to pursue other interests. Mansukhani will join as the new MD and CEO

Ashok Mansukhani, a whole-time Director of Hinduja Ventures Limited (HVL), the holding company of the Hinduja Group’s media companies, will take over from Tony D’Silva. D’Silva, after being with the Hinduja group for over four-and-a-half years, has expressed his desire to resign in order to pursue other interests and spend time with his family.

D’Silva joined Hinduja Group on August 1, 2012 as President, Hinduja Ventures Limited, and strategized on the group’s media business. He went on to head it as the MD and CEO of IndusInd Media Communications Limited and Grant Investrade. He completed his contract on January 31, 2017.

D’Silva, in a span of nearly five years, had successfully managed to overhaul the Hinduja Group’s media businesses in a very challenging environment and put it on a strong platform for future growth. Under his leadership, the media business of the group successfully conceived and launched the unique Headend in the Sky (HITS) platform, designed to boost the digitisation of local cable operators and Multi-system Operators (MSOs) in the country.  He and his team established the concept of prepaid model in the cable industry, contrary to the prevailing high credit extension norms that always stresses the business architecture.