Telecom service provider Vodafone has launched SuperHour, which offers an hour of data usage for just Rs 16. Creative agency Ogilvy & Mather has made two commercials to promote the product 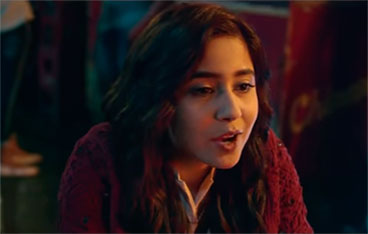 Telecom service provider Vodafone has launched SuperHour, which offers an hour of data usage for just Rs 16. Creative agency Ogilvy & Mather has made two commercials to promote the product

Jumping on to the low-cost data bandwagon, Vodafone India has announced the launch of its latest internet offering for prepaid customers, SuperHour, which allows access to unlimited internet starting at Rs 16 an hour. The brand’s creative agency, Ogilvy & Mather, has created two commercials to promote the product, one of which went live on January 10. The other will be launched on TV on January 16.

Speaking on the launch, Siddharth Banerjee, Senior VP, Vodafone India, said, “It is an innovative product that we are launching in a competitive category like telecom. Competitors have come and offered free things, unleashing a whole range of uses for data, be it cookery, music or movie downloads. We do see Indian consumers racing towards adopting mobile as the first screen for entertainment and education. The whole world in that sense has exploded. Therefore, we launched this product, SuperHour, which is unlimited data and voice, a pack available for prepaid consumers.”

Banerjee added, “We believe that it is a winning product which we will see getting copied going forward.”

The first TVC, ‘More fun to you’, will help create rapid awareness for ‘SuperHour -- unlimited internet entertainment in an hour. The second commercial is aimed at driving further awareness and delivering conversions for the ‘SuperHour’ proposition.

The campaigns will mostly focus on 3G and 4G data but the product will also be available for 2G users. Banerjee said, “We have emphasised on time and voice because we want the customer to indulge in without thinking about the language of GB and MB. It takes back the consumer to the familiar arena of hours and minutes. One hour is more relatable to a consumer than 1GB. We have simplified the world of data pack with Superhour.”

Asked why their intellectual properties ZooZoo and Cheeka haven’t been used in the campaigns, Banerjee said, “ZooZoos and ‘Cheeka’ the pug are the most loved brand assets of Vodafone. Research has shown that the Vodafone pug has had one of the most impactful connect with the Vodafone brand. ‘Cheeka’ the pug has been used to highlight the benefits of Vodafone’s seamless network and service experience. ZooZoos have been used once a year to promote simple new products and offerings. We believe that the hero of our recent campaign is Vodafone SuperHour that brings alive the key proposition of enjoying internet browsing worry-free.”

Talking about the insight, Kiran Antony, Executive Creative Director, Ogilvy & Mather, said, “SuperHour gives unlimited internet for an hour, liberating people to indulge in net usage without any worry. We decided to focus on communicating this through the behaviour change that happens when you get unlimited internet.”

The marketing objective of the campaign is to let consumers know there is a product called SuperHour that liberates them from the concerns about data usage. Banerjee explained, “We said that it is a low denomination pack, therefore it is SuperHour and starts at Rs16. From a creative lens, we are dramatising the ad to bring about the clear benefits of SuperHour.”

The brief to Ogilvy was to engage with data users who are often plagued with uncertainty regarding data charges, resulting in restricted/constrained data usage. The key consideration in the campaign was to ensure a big announcement feel of a ‘truly unlimited’ product.

Antony said, “People think that data is expensive as they don't understand how it is charged and hence restrict their usage to avoid bill shocks. The brief was to increase share of wallet among dual sim users with SuperHour.”

Banerjee further said, “When we briefed Ogilvy we told that we have a product SuperHour that liberates you. This is the thought that we would like people to remember SuperHour. They came up with the creative idea ‘Internet kar befikar’, which is the predominant concern that people have. Vodafone has a strong philosophy of simplifying the mobile internet experience as well for prepaid consumers.”

The commercials focus on the unlimited possibilities of data browsing in one hour, portrayed in an interesting ‘talk-to-the-camera’ format. The commercial/TVC begins with a promise of no more data dieting with Vodafone SuperHour. The proposition of unlimited internet entertainment is brought alive through the delivery of internet browsing possibilities with SuperHour like physical training at home, cooking at home, low-calorie diet consultation on YouTube, and fashion clothing shortlisting online in the first commercial and multiple entertainment possibilities in the second commercial.

The TVCs will be supported by a national 360-degree campaign designed to bring alive the Vodafone SuperHour proposition in six languages. As the core target may reside in different markets and access different media, TV, OOH, digital, and on-ground has been chosen to target specific offers across varied geographies.