Khanchandani is moving from Reliance Broadcast Network (RBNL) after a short stint as Chief Business Officer. He will join Republic as CEO 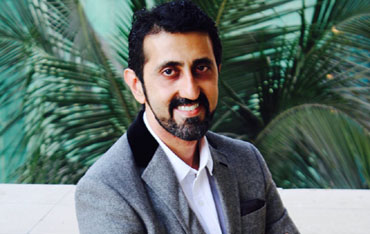 Khanchandani is moving from Reliance Broadcast Network (RBNL) after a short stint as Chief Business Officer. He will join Republic as CEO

With over 20 years of experience working across digital, television ad sales and media technology, Khanchandani is moving in from Reliance Broadcast Network (RBNL) after a short stint with the company as Chief Business Officer.

Commenting on this key appointment, Goswami said, “We are delighted to welcome Vikas on board. He is a great leader and joins us with very strong industry experience across multimedia platforms. Together, we believe, we will create the No. 1 News Channel in India.’’

Khandchandani added, “I am looking forward to working with Republic as I believe in the core objective and vision of launching the first global independent media venture. I am certain we will change the media scenario in India”

Prior to joining RBNL, Khanchandani was a co-founder of Aidem Ventures and part of the core leadership team at Aidem led by Raj Nayak, now CEO of Hindi Mass Entertainment at Viacom18. He started his media career with Star India as a key member of the strategic planning and management team which worked on sales strategies for the network’s channels.

According to a report published in Indian Express, Rajeev Chandrasekhar, a member of the Rajya Sabha and vice-chairman of the NDA in Kerala, is one of the largest investors and a director in Republic which applied for up linking and down linking of a news channel in late November last year. Chandrasekhar owns media investments through Jupiter Capital and has major investments in Asianet News Network in Kerala, and Suvarna News and Kannada Prabha in Karnataka.

Indian Express had reported that Republic would be part of a company called ARG Outlier Media Private Limited in which Chandrasekhar has invested over Rs 30 crore through companies owned by him. Apart from Chandrasekhar’s Asianet News Online Private Limited, SARG Media Holding Private Limited – also owned by Goswami– is the main investor in ARG Outlier. SARG, in which Goswami and his wife Samyabrata Ray Goswami are directors and own most of the equity, had investments from 14 other individuals and companies towards the end of November, according to latest information available with the Registrar of Companies. SARG, as of November 24, 2016, had invested Rs 26 crore in ARG Outlier, through various investments.

According to the Express report, the largest investor in SARG is Ranjan Ramdas Pai of Aarin Capital Partners, which he co-founded with Mohandas Pai, who has invested Rs 7.5 crore. Ramakanta Panda, who owns Asian Heart Institute in Mumbai, has invested Rs 5 crore while Hemendra Kothari, one of the most successful investors of India, has put in Rs 2.5 crore. Other investors include R Naresh and Shobhana Ramachandhran of TVS Tyres, and Niranjan Shah, owner of Renaissance Jewellery in Mumbai and SRF Transnational Holdings. Sameer  Manchanda and two other persons related to his DEN Networks – Sanjeev Manchanda and Tapesh Virendra Singhi– have invested over Rs 2.5 crore in SARG, cumulatively. Sameer  Manchanda was involved in launching Raghav Bahl’s CNN-IBN, as part of his Network18 group, along with Rajdeep Sardesai in December 2005, about a month before Goswami launched Times Now under the Times Group.