The PromaxBDA 2017 awards and conference are scheduled for May 17 and 18. While the awards will honour members of the industry, the conference aims to highlight topics, future plans and trends observed 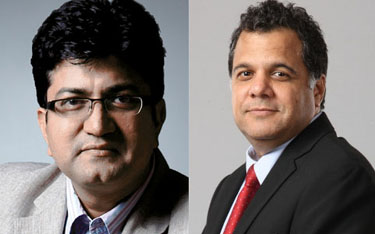 The PromaxBDA 2017 awards and conference are scheduled for May 17 and 18. While the awards will honour members of the industry, the conference aims to highlight topics, future plans and trends observed

PromaxBDA India 2017 has announced the jury chairmen for the 14th edition of its annual awards and conference.

It will host a line-up of the who’s who of the space among speakers, jury and partners. The television and broadcast industry event felicitates industry professionals across segments via award categories. While the awards will honour members of the industry, the conference aims to highlight topics, future plans, trends observed, etc.

PromaxBDA, the association represents more than 10,000 companies and promotion and marketing professionals at every major media organisation.

Speaking about his role at the PromaxBDA Awards 2017, Prasoon Joshi, Chairman, McCann Worldgroup Asia Pacific, said, “I look forward to chairing the 14th edition of the PromaxBDAAwards. The platform recognises creative talent in the television and broadcast industry and has been aspirational for enterprising individuals. It would be interesting to study and award work that showcases insightful cross-pollination of ideas and focus the limelight on forward-thinking individuals, those who have shown tremendous potential to truly disrupt the space.”

Raj Nayak, Chief Executive Officer, Colors, said, “This year, we hope to elicit the same excitement as we present prolific speakers who will speak about the future of the television industry. Our endeavour, with this edition, is to initiate discussions on the changes we have seen and will soon witness, as well as how these affect the space and the people as a whole.”

Rajika Mittra, India Country Head and Director for Strategic Partnerships, PromaxBDA, said, “We look forward to hosting yet another successful conference in India. PromaxBDA, as an entity, aims to be facilitators by which the platform can inspire emerging television and broadcast industry professionals, while making the industry as a whole future-ready. With a successful run of 13 editions, we hope that we can encourage the next generation of creative thinkers to disrupt all barriers in the space to emerge as revolutionaries in the field.”

Some of the categories for the PromaxBDA Awards in India include: ‘Something for nothing’, ‘The big small idea –Best use of digital’, ‘Best drama campaign’ and ‘Best holiday/Seasonal promo’ to name a few.