Big agencies have bigger financial liabilities while smaller agencies need to toil to prove their worth. But size is no longer the measure for great work, feels the industry 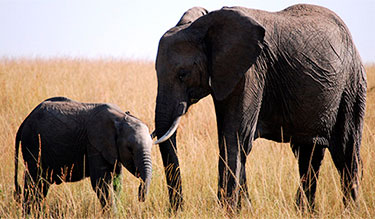 Big agencies have bigger financial liabilities while smaller agencies need to toil to prove their worth. But size is no longer the measure for great work, feels the industry

The dilemma and struggle is real. Whom to choose, the well-established big names or the smaller boutique independents? Both have pros and cons. Both have hits and misses. The big agencies have the might of numbers with them but the independents are agile and hands on. Between David and Goliath, either could be the winner.

While agencies such as Ogilvy & Mather, BBDO India and Leo Burnett have all proved their mettle time and again in award functions both national and global, not the ones to be outdone, independent agencies such as Taproot Dentsu and Medulla have also won big during award seasons.

So, are independent advertising agencies on a par with established agencies as far as creative output is considered? Best Media Info tries to find out.

I don’t think we can generalise like this because great work has been coming in from both independent and established agencies. It is not that independent agencies are not under topline and bottomline pressures. Whether it is an independent agency or established agency, both have to meet their financial goals besides creating great work that kind of becomes the means to achieve them. When you have a lot of small entrepreneurial agencies coming up what happens is that competition becomes tougher, which is actually good for the industry. From a client’s point of view also it is good because they get more options to work with. Whether the agency is big or small the more the competition increases, the better it is for the work. That way everybody is on their toes all the time.

Creativity is free of financial limitations. It can’t be that between independent agencies and established agencies, one of the two is creative. I think creativity is about finding an opportunity when everybody else says “I can’t.” Anybody could do it. I don’t think the scale of your business determines the quality of your output. Whether you are an independent agency or a multi-national network agency, business is business and you have to meet your business goals. Our business is to create a creative solution to a marketing problem, so we have always got to be creative. For example, it is very clearly proven that agencies that win more creative awards at Cannes tend to have a better profitable business, it is a proven statistic. Now whether they are big or small is not the question. Scale has its benefits but it also has some limitations.

The output of an agency depends more on its creative and strategic thinking capabilities than its size. That said, differences crop up in the way advertisers approach an independent agency versus an established one. They may hold the latter much more strictly to brand consistency and guidelines. Whereas they may be far more open to maverick thinking from the independent agency -- that could lead to a spike in sales or saliency without worrying too much about being solidly on brand. Advertisers sometimes have both kinds of agency on their panel. The traditional agency is expected to behave like the spouse while the client looks to the independent agency to provide the occasional frisson to their brand.

Certainly. In fact, they can sometimes be significantly better too. In the recent past, independent agencies like ours have been pulling in more than our share of the awards and the clients.

I believe creativity doesn’t depend on scale anymore because media has become democratised. With television becoming just another media option, the entry barriers that used to sometimes exist with TVC production have been erased. In fact, independent agencies have understood the new digital media world better and are better designed to deliver a number of low-cost, viral creative ideas through the year than the behemoths, which were often set up for once-a-year media-led creative work. Advertising has changed more in the past decade than ever before and the smaller, nimble-footed independent agencies are taking advantage of these changes better than the behemoths. Accordingly, independent agencies across the world and in India are making their creative mark more than ever before.

I don’t think this has anything to do with top-line or bottom-line pressure, though. The independents face these pressures as much or more than the established agencies. Ideas of course have little to do with topline, though sometimes creative execution can be superior in agencies with a higher topline. However, we at Medulla and WYP have focused on this over the last few years and now have creative execution capabilities that we believe are superior to even some of the established agencies. And our awards and regular work have been proof of that.

I think the playing field has been levelled. This has to do with the fact that clients today are open minded enough to meet new people and do new things. Historically, relationships were embedded but things are changing. Today, they say the average time for a CMO to be in a job is two years. That is the speed at which things are changing. Between all this a lot of opportunities have come about. The point today is anybody can do good work. I mean stand-up comedians have come forward and started their own agencies. Everyone is doing good stuff and advertising is about creating new stuff. People are willing to talk to anyone who is willing to bring something fresh to the table. But from a business point of view, things are a little different. I don't think all independent agencies manage to charge a client as much as an established agency. That is a struggle but it is part of growing up and that is what keeps it exciting. That is what pushes independents to do good work I guess. 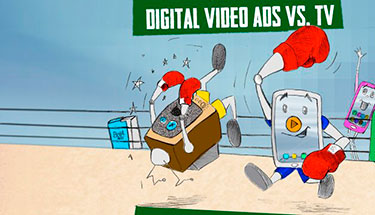 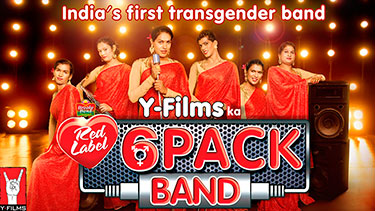