Once we reach at No. 2, we want to enjoy the position before aiming for No. 1: Ashish Bhasin

Eleven months ahead of its self-set deadline, where is Dentsu Aegis Network (DAN) on its journey to be No.2? The Chairman and CEO of DAN South Asia speaks to Best Media Info about his experience and the race to the top spot 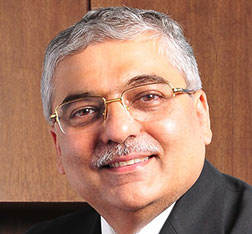 Once we reach at No. 2, we want to enjoy the position before aiming for No. 1: Ashish Bhasin

Eleven months ahead of its self-set deadline, where is Dentsu Aegis Network (DAN) on its journey to be No.2? The Chairman and CEO of DAN South Asia speaks to Best Media Info about his experience and the race to the top spot

From Rs 700-crore agency network in 2014 to an expected billing of Rs 4,500 crore in 2017, Dentsu Aegis Network (DAN) is quite close to its goal of becoming India’a No. 2 agency. The man leading the rapidly growing company, Ashish Bhasin, Chairman and CEO, DAN South Asia and Chairman, Posterscope, smiles as we ask him where he stands on his way to being the No. 2. He has a reason to smile as he has multiplied the network’s billings more than 6 times in past three years.

Eleven months ahead of the deadline, many believe DAN has already reached its destination. It was in June 2015 when Bhasin announced the network’s aim to become No. 2. Bhasin spoke to Best Media Info about the journey, the inhibitions that he fought and what it feels to be so close to serving a piece of the humble pie to those who mocked his ambition.

“Our competitors are as old as 80-90 years, while our real thrust in the industry started around 2008, as Aegis Media. It took a lot of guts for us to say that we will climb to the No. 2 position. Hence, it was hard for people to believe,” explained Bhasin.

The journey of DAN has gone through phases. “When I initially announced it, people encouraged us, then they ignored us and then they started criticising us. That’s when I realised we were on the right track. Now, people are envious of us. Now whether I reach the milestone on December 31, 2017 or June 6 is not relevant. The fact is everybody believes in it and this is a satisfying feeling.”

One P&L means DAN India reports as one entity, it doesn't matter what Taproot or Posterscope or Carat independently is doing. This means even if one agency has done phenomenally well and DAN India hasn't been able to meet its numbers, then nobody, including Bhasin, gets any bonus. “By doing this, we have linked our destinies to one another. So you sync and swim together,” explained Bhasin.

He goes on to explain how the agencies coordinate and pull each other ahead, “I remember, about 30 years ago when I had just started, HUL was a big client for Lintas. We went to the client and they would give the creative brief, media brief and event brief to a single guy. Today, the client doesn't want to deal with the generalist. He wants a digital guy to deal with his digital requirements, outdoor man for outdoor. In fact, clients, these days, ask for a social media (super specialist) specialist.”

“On the other hand, the client doesn’t want silos. The legacy agencies are structured in a way to be silos. One P&L is the secret sauce for growth. I am telling this openly because my competitors won’t be able to do it. The only way for them to do it is to break their structures and rebuild. ”

Another reason for DAN to be called as ‘one DAN’ dates to its Aegis days. When they started in 2010, Aegis was a small agency, including Carat and Posterscope. The attempt was to go out as a 100 people agency rather than 10 here and 30 there. “So, we made One Aegis and it worked for us. And we are able to do that to date because it is one P&L, one DAN, it apexes at one point before it goes out of the country.”

It clearly worked for DAN even when they were 50 people or now when they have a strong team of 2,800 people. Bhasin is slightly apprehensive if it will work when they have 10,000 people. “But I don’t see why it shouldn’t,” he firmly said.

Another thing that has probably worked for the network is its executive council. Bhasin proudly shared his hiring strategy, “My thought process is to build a great organisation and I started by selecting people who can lead a great organisation. So I hired leaders and wanted the company to grow under them. I hired Karthik Iyer for Carat when it wasn't needed to get someone of that high calibre to lead a team of 30-40 people. I hired Haresh Nayak when Posterscope had six people but I knew I was building my leadership team.”

“In the executive council of DAN, each person wears two hats; one is when each of them is responsible for their own agencies and another hat where they are responsible for DAN and One P&L,” added Bhasin.

The agency went on to another level to form a Creative Council too and Abbys 2016 was a testimony to their result. Likewise, now, there’s a digital council.

Digital is the biggest phenomenon

“I realised there was no point in banging my head against my age-old competitors when they are firm believers of legacy media. How could I compete with them in putting a 30-second ad or a 100 cc print ad? It would have been a losing battle.” Hence, Bhasin focussed at growing his expertise in the place where no one had looked.

“I laugh when some senior people say that digital is still 10 per cent of advertising. Wake up! It is growing at 33 per cent. It is going to be possibly 40-50 per cent of the total ad spend in next five years. I have over invested in digital, I confess. Out of the total 2,800 people, 1,017 are in digital at DAN India; digital contributes 33 per cent of my revenue. The first acquisition I did was in digital, Communicate2 (now iProspect), a search and performance expert. Five year ago, it needed guts and vision to buy a search and performance agency.”

The macro economic factors are very important to understand, cost of both smartphones and data has fallen. “I am seeing this as the whole world is changing, it’s not restricted to digital marketing anymore. I have gone overweight on digital. Digital is growing at 33-35 per cent, advertising is growing at 10 per cent, so my growth will automatically be 3.5 times more than the growth of the industry,” Bhasin said.

Another space that is expected to grow is OOH. Infrastructure will improve. New bridges will come, new roads, metros, airports will come up. “We took Posterscope from No. 9 to No. 2 and bought out the No. 1 agency -- Milestone. Now, with dominance of about 35-40 per cent market share, you can drive the ecosystem.”

Bhasin explained how all the agencies have come to DAN to form one big family. “For me, all our agencies are doors and windows to my house (DAN). Clients can come in through any of these inlets, take one, two or three services -- our objective is to offer him all the other services too. We made sure each one that we picked up was of high repute -- whether it is Taproot, WatConsult or Communicate2, Milestone or Fountainhead.”

Bhasin didn’t go for second or third rung agencies. He hunted for the top ones that were forward thinking with a similar value system. “It is about mindset and a family approach. Territorialism can’t work. I have let go of quite a few big businesses since their principles didn’t match ours. I built my business on five values -- pioneering, responsible, agile, ambitious and collaborative.”

While money is one of the key parts in any deal or merger, the key filter Bhasin applies is the chemistry, the values -- whether they match or not. “I use the same formula while hiring people. Every family has a set of rules, my family DAN has these rules and if you enter (be it an individual or an agency), you must abide by these.”

On the other hand, Bhasin tells that acquisitions are a very difficult process in India due to heterogeneity of the market and complexity of policies and many others.

People are most important

Everyone keeps saying people are most important but does everyone spend on their people? Well, DAN does. “I spend a lot to take the whole 700-800 people team for international training for three days. We have a One DAN conference every year. We re-iterate the values, look into the vision for the future, analyse what we did in the previous year, what are our various units doing.”

DAN boasts of an open house where each employee can throw up questions. “We have got important insights and suggestions through this. Ultimately these are the people closer to the client to the ground reality. And these are the young ones who are going to rule tomorrow.”

Globally, Dentsu has a record that about 77 per cent of the entrepreneurs stay on after the earn-out. In India too, DAN’s first acquisition iProspect completed its earn-out in 2016 but Vivek Bhargava the founder decided to stay on. “Salary becomes irrelevant at this point. It is more about them enjoying the process, the company and the fact that they are allowed to run their company.” Bhargava was recently promoted as CEO, DAN Performance Group.

Bhasin is aiming at developing and building DAN’s own talent pool which will be open to the industry. This will happen by partnering with academic institute to bring courses that specialise in digital and OOH, respectively. “Poaching is not going to help the industry. And I am going to grow at a rate where I will need people.”

The company has enjoyed many acquisitions and this account to the inorganic growth, which is about 30 per cent, while 70 per cent is organic. “I would like this to be 50-50. Inorganic growth helps in two ways -- it brings in a new skill set in the company and a new set of people. I don’t want the company to be incestuous. New people will always bring in new ideas, new thoughts. Every year you infuse more people who are smarter than you and you feel continuously challenged and hence, you improve.”

Bhasin is now becoming a master of acquisitions. His eyes are continuously looking for and evaluating options. On which skill set is waiting to be added to the DAN portfolio, he replied, “It depends on my clients’ needs. Our acquisition strategy is many times led by our clients’ needs and also by the market forecasting. I think internet of things and wearables (like Fitbit) are going to be big. So, then, which skill set does it need -- UI/ UX. That’s how we acquired Fractal, the best agency in UI/ UX. Thankfully, none of my competitors are thinking in this way. You have to look at digital beyond website, mobile app and it should have user experience at the centre of it all. For example, robotics, virtual reality or artificial intelligence is going to grow big. But is anyone else thinking like this?”

DAN is growing by about 30-35 per cent, about three times more than the market growth, which is at 10-11 per cent. “We are hoping to replicate this in 2017, now on a much larger base. I am sure we will get ahead of everyone, except WPP.”