DHFL urges customers to own dream home in new campaign 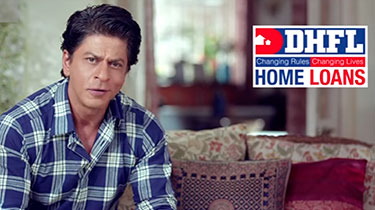 DHFL urges customers to own dream home in new campaign

Extending their earlier ‘Ghar Jaisa Loan’ ad, Dewan Housing Finance Corporation Limited (DHFL) has rolled out a brand new campaign. Conceptualised by SapientNitro, the campaign features brand ambassador Shah Rukh Khan who urges customers to go ahead and invest in their dream homes rather than living on rent.

Commenting on the campaign and Shah Rukh Khan as brand ambassador, Sevantika Bhandari, Sr VP and Head Marketing, DHFL, said, “Housing is a basic human need and home buying is an important long-term life decision. So with this new campaign, we are trying to build conviction among our segment for owning a home. Shah Rukh Khan with his universal appeal connects well with the audience, urging them to take their first step towards home ownership thereby complementing our vision to transform the lives of Indian households by enabling access to home ownership.”

“Research has played a key role in coming up with key consumer insights which have gone into the making of this ad campaign. We intend to further leverage this campaign through below the line activities, which include on-ground financial literacy programmes to create awareness on home loans,” she added.

K V Sridhar (who was Chief Creative Officer, SapientNitro, before founding his own organisation – Hyper Collective Creative Technologies) feels that the new campaign complements the previous campaigns by the company.

“The new ad campaign has been brilliantly written, acted and directed to address the dilemma faced by a consumer with regard to identifying the right time to purchase his/her own home. The campaign complements the previous campaigns launched by the company in the last two years. Shah Rukh Khan has immensely contributed in transforming the brand by creating awareness and making it relatable to the common man who looks to partner or avail a home loan from a company he/she can trust.”

Nitesh Tiwari, who has worked on the ‘Ghar Jaisa Loan’ campaign for the brand, has directed the TVCs for the new campaign.

“I have been associated with DHFL from the launch of the Ghar Jaisa Loan Campaign. DHFL understands the customer and has captured the emotional moments in the life of people when they actually consider buying a house. Shah Rukh Khan is portrayed as an approachable and friendly person in this campaign. We have conceptualised the campaign with great detail based on the in-depth insights gathered from the brand over the years. Taking this route has worked for the campaign as people can relate to him as a friend and as an advisor for helping them take the home buying decision,” said Tiwari.

The new ad campaign includes 10 second TV spots featuring in five languages – Hindi, Marathi, Tamil, Telugu and Kannada – in over 40 channels. The campaign will be further leveraged on the below the line, digital, press and outdoor media for larger reach and impact among the target audience.