With this milestone reached in 6 months, the digital platform has announced the launch of its first major feature – comprehensive coverage of the Union Budget 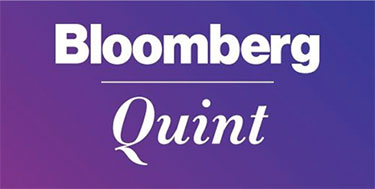 With this milestone reached in 6 months, the digital platform has announced the launch of its first major feature – comprehensive coverage of the Union Budget

Bloomberg|Quint has claimed to have crossed 1 million monthly users mark on bloombergquint.com within 6 months of going Live and a month after exiting its ‘beta’ phase (Source: Google Analytics). With this, the digital platform has announced the launch of its first major feature – comprehensive coverage of the Union Budget.

Besides, Bloomberg|Quint has claimed to clock over 50 million in social reach, 15 million digital video views and 25 million in user engagement which includes 25K shares in the last week itself. Quoting Google & Social Analytics as source, the company said that it has also seen strong uptake in the core professional and investor audiences, with young business professionals spending over 9 mins per visit.

Bloomberg|Quint is a joint venture between Bloomberg Media and Raghav Bahl’s Quintillion Media which is slated to launch a English business news channel later this year.

Setting the agenda for its first coverage on the Union Budget, Bloomberg|Quint has focused on “Jobs” as the core economic issue that should be addressed in Budget 2017. According to a pres statement released by the company, “Underlying the jobs theme is the idea that the ultimate and most critical barometer for the progress of the economy and the objective of policy should be how well it does on the jobs front. Whether it is the creation of new jobs or the fight against jobless growth and improvement in the standard of living and opportunity for those employed.”

“The intensive, multi-format digital coverage has analysed various aspects of the jobs situation in the country. From the current state of employment generation to the issue of employability and skill-gaps in the economy, from structural moves like labor reforms to the impact of technological disruptions like automation and most importantly, the outlook and sentiment on jobs from key stakeholders. The budget coverage has brought together views from India’s top decision-makers i.e. CEOs, entrepreneurs, investors and market voices, economists, policy commentators, sector experts, SMEs on one end and the voice of the citizens on the other,” said the statement.

Bloomberg|Quint’s coverage spans engaging and innovative mobile-friendly formats including published articles, op-eds, live and produced video, data infographics and charts, social content, newsletters, polls and live chats, live streaming, photo essays and contests across it own and partner platforms including The Quint, Twitter, Yahoo, Facebook. Bloomberg|Quint has also launched a multi-platform consumer campaign to amplify its agenda for the budget.

Speaking on the occasion, Anil Uniyal, CEO, Bloomberg|Quint, said,“We have seen stellar growth within few months of going live. Importantly, high engagement has accompanied the growth in traffic, which bears out our belief that India needed a truly digital-first, credible and premium business news product and Bloomberg|Quint serves that need. Our focus on jobs sets a bold agenda for the budget and cuts to the heart of the opportunity and challenge facing our economy. Over the next few months, we plan to scale-up Bloomberg|Quint across fronts – from growing usage exponentially to striking meaningful and innovative partnerships with brands who understand the power of digital and value the right kind of reach.”