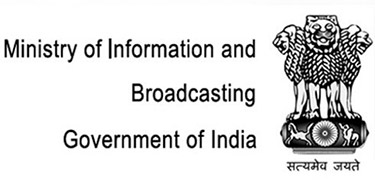 As the year 2016 comes to an end, Ministry of Information & Broadcasting has listed its major initiatives and achievements during the year. The initiatives of Ministry in different sectors are mentioned below:

Simplification of Annual Renewal process for existing TV channels as part of ‘Ease of Doing Business’: Under this initiative, broadcasters who have been given the permission for Uplinking or Downlinking can continue their operations by simply paying the annual permission fee upto 60 days before the due date, which by itself will be treated as permission for continuation of the channel for a further period of one year.

Increased reach of FM Radio all over India- FM Phase 3 auctions first and second batch completed. The auctions for the second batch were held recently for 266 channels in 92 cities.

Digitisation of Cable TV to bring the entire country under Digital Addressable System: The deadline for implementation of Phase III of digitization was December 31, 2015 while for Phase IV it is by December 31, 2016. Recently Ministry has extended the cutoff date for Phase IV to March 31, 2017.

Swachhta Samachar: Special 5 minutes Bulletin on Swachhta has been started on all weekdays. The Bulletin includes important news stories, people’s initiative and feature stories related to Swachh Bharat Abhiyan along with a Swachhta Tip.

Three member committee to address the issues related to Content Regulation in Government Advertising constituted as per the directions of Supreme Court. The committee is chaired by B.B. Tandon, Former Chief Election Commissioner of India.

New Business Policy for Publication Division: The objective to streamline business practices in line with the contemporary trends prevailing in publications industry. The policy promotes online readership by pricing the digital version of the publication at 75% the price of printed version. It acknowledges the growing prospects of e-commerce and promotes sale of e- books of the division through online platforms.

360 degree Multimedia Campaigns to give wide publicity to the schemes launched by the Government. The activities range from holding of Press conferences, telecast/broadcast of special programmes on DD and AIR with experts, Multimedia Exhibitions, social media campaigns using Infographics, animations, graphic plates, short videos, live streaming of events /conferences. Some of these initiatives include:

Peoples’ participation in Government Advertising through Crowd- Sourcing: The advertisement for important events being designed on the crowd sourcing model. An online contest was also organized by Social Media Cell of the Ministry as a part of 67th Republic Day celebrations.

A book on Courts of India- Past to Present published by the Publications Division under the guidance of the Supreme Court was also released.