How heritage brand Rooh Afza is repositioning itself

This classic summer ‘sharbat’ has survived Partition, the Licence Raj, competition from carbonated drinks and tetra-packs. It has always been a family summer drink. Now the effort is to change the brand positioning to a drink that can be consumed in all seasons and attract the youth 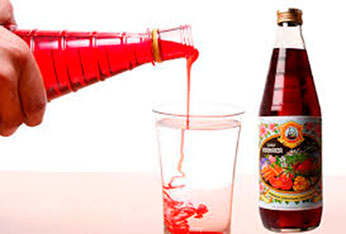 How heritage brand Rooh Afza is repositioning itself

This classic summer ‘sharbat’ has survived Partition, the Licence Raj, competition from carbonated drinks and tetra-packs. It has always been a family summer drink. Now the effort is to change the brand positioning to a drink that can be consumed in all seasons and attract the youth

It is a bold step for over a 109 years old heritage brand like Rooh Afza to enter ready-to-drink market. In July, Hamdard officially launched flavoured ready-to-drink ‘Rooh Afza Fusion’ packs in the market. The drink will now be available in mango, pineapple and other flavours for people to drink on the go. Transforming the packaging completely, one thing that has been kept constant is the red colour keeping the heritage brand recall in place.

Mansoor Ali, Chief Marketing and Sales Officer, Hamdard Laboratories, while elaborating on how Fusion will come out as a brand going forward, said, “Fusion is written in big and bold letters on the packaging. As we will move along in the journey, it will keep getting bigger. Fusion has to eventually stand alone as a brand name separately. Fusion is currently riding on the mother brand Rooh Afza. It will take all the strength from the mother brand. It will make sure that when you drink it, you get the taste of Rooh Afza. Slowly Fusion will become a brand on its own and be a separate category.”

Since the time Ali has taken hold of the brand’s responsibility, he has focused on the problem areas and executed various strategies to overcome them. “The biggest problem with Rooh Afza was that though it's a big hit in most Indian households, it is because the 35 plus age group finds it relevant and that too because their parents and grandparents handed it down to them. But if you ask any 15-year-old kid today how relevant Rooh Afza is, there is not too much of a connect. Yes, today at home the mothers might be giving it but when you go out, who is having a Rooh Afza? If I want the brand to grow then I need to connect to new consumers,” Ali said.

The aim is to position the brand as youthful. Explaining that, Ali said, “I am talking about 15- to 25-year-olds who want something convenient to drink and find it cool at the same time. Rooh Afza is not something considered cool. Slowly the relevance could get diluted if you don’t do anything about it. There is a gap there. To bridge that gap, we want to position the brand as youthful.”

Hakeem Abdul Majeed included Rooh Afza in his first list of drugs in 1908. A drink made to treat heat stroke, dehydration and diarrhoea, Rooh Afza in Urdu means ‘one that enhances the spirit and uplifts the soul’. Earlier, when there was only a single factory in Old Delhi, Rooh Afza glass bottles were filled manually and the labels pasted by hand. It was only three years back that the brand shifted to PET bottles for distribution and storage convenience.

An old newspaper ad for this drink says: ‘When the motor car was on its way in and the horse buggy on its way out, Sharbat Rooh Afza was there.’

Rooh Afza is the biggest revenue grosser at Hamdard, with over Rs 300 crore turnover and growing at 20 per cent. Rooh Afza enjoyed a 40 per cent market share in the Rs 750-800 crore powdered drinks and syrups segment.

Talking about marketing spend, Ali said, “Earlier we used to spend five per cent of the revenue on Rooh Afza, but now it is 12 per cent of revenue. Our spent on social media in past two years has gone up by 200 per cent. Most of our ad spend goes into television ads, then print, followed by activation, digital and lastly radio. Our digital agency is Delhi-based Sterco.”

Suman Varma, Head of Operations, Rediffusion Y&R, has been working on Hamdard business for last 10 years and Rooh Afza for four years. Varma said, “It has been exciting and challenging to work on these brands because they come with their own set of quirks, rules and regulations, and most importantly, certain self-imposed rules of the walled city. Of course, this is in the past now. There are new teams at Hamdard, with new energy, who have new targets to achieve and a new way of looking at things which have injected new power to the communication.”

Rooh Afza has always been a family drink. Everybody living in the North still swears by Rooh Afza but the problem was in the growing. The number of young closet drinkers openly disowned the brand.

Rooh Afza has always been placed as a refresher drink. Earlier advertising used to be very conventional and traditional. The ads showed happy people and family celebrating life and drinking it together. The agencies that have worked on the brand earlier are Triton Communications and JWT.

From summer drink to all season drink

Rooh Afza was earlier considered as a summer drink and to change the perception the brand started communication that places it as a drink that can be consumed on all seasons. Hence, ads with families and friends drinking Rooh Afza and celebrating came into existence.

When Triton won the brand’s mandate in 2008, it roped in Juhi Chawla. The ads were modern with pepped up music. Chawla played the role of a mother in the ad campaign. Munawar Syed, Director, Triton Communications, said, “It’s a heritage brand, but even at that time I used to say that it has become a victim of its own heritage. It has always been considered as a summer drink back then. The company wanted to become a year around consumption product. The other problem was that it was to some extent considered as a particular community product. It was selling more in Muslim areas and it was more advertised in Ramzan. All that created an impression that it was a very geographically centric brand. Another point was that it was all in home consumption brand where the mother was the gatekeeper. She was the one who was going to make that drink. Therefore, it became a children’s product.”

Syed feels they became the victim of their own heritage, “They were doing very well, but what about the growth? At that pace they would remain an old population brand.  They wanted a younger audience and be consumed throughout the year.”

Ali explained the reason for the brand revamp early this year, “Every brand has a journey. I feel until we intervene and make Rooh Afza more relevant for the younger generation, there is a risk for the brand diluting with our generation. We have a loyal consumer base, but the new users that need to come at a rate, are not coming.”

Therefore, the brand needed to revamp and have a new positioning. To revamp the brand, Hamdard chose Rediffusion Y&R. The Hamdard team is also trying to bring down the age-group of people consuming the drink by tapping into the youth.

Ali elaborated on the strategy, “We discussed four to five approaches. We thought if we could retain the happy family and occasion-led thing that would go with the youth plank and at the same time also talk about the herbs and natural ingredients. Therefore, we decided to change the positioning of the brand.”

The focus is to include the youth as the new consumers. “We are not trying to position it for youth directly, but in our communication we are trying to get the youth as our newer consumers. I am trying to say that Rooh Afza is the most natural urban refresher. Hence, you should also try it. The current positioning is based on the youth insight,” Ali said.

This new campaign for ‘Laalach ek kala hai’ reached out to the youth who have aspirations, dreams and an undying passion to achieve them. Rooh Afza wants to wear a new attitude to be in sync with the current times, speak the language of the youth, and reignite a passion in them.

It was not an overnight decision. Varma said, “It is not as if we changed the brand communication overnight because we as an agency felt it. The brief clearly asked us to reposition the brand. The timing was perfect.”

Pranav Harihar, Executive Creative Director, Rediffusion Y&R, explained on how they zeroed on the next campaign idea. “Millennials are restless, aspiring and ambitious. They are greedy to achieve more in less time and for that they are ready to slough hard and smart. ‘Greed’ as a word too has got a different meaning, now. It’s no more a negative word as per ancient Panchtantra stories. We all have grown learning that ‘laalach boori bala hai’. Greed is the root of all evil. Today it has transformed into an emotion that drives a person to achieve more. To make her not just an expert in what she does but an artist. Greed becomes an art. That’s the youth mindset. We have tweaked the old saying of ‘laalach boori bala hai’ to ‘laalach ek kala hai’ which became the catchphrase. Summarising the thought, the sign-off line decided was ‘Go Greedy’.”

Maintaining heritage brand image is not a cake walk

It is not easy to maintain a heritage brand image and yet be youthful to get new consumers on board. There is always a risk of losing earlier consumer base if one really plays around the brand image to stay relevant in current day and age.

Therefore, Ali has an advice for all the heritage brand managers and marketers, “It’s important to have sustainability because in today’s age it is easy for a heritage brand to get completely diluted as the target audience is changing. Most heritage brands are faced with the classical question of staying relevant. You might be sitting on laurel right now, but you need to have a vision of next two to three years and future strategy in place to keep the brand going.”