While Ola has roped in AIB to get across its message #PeekeMatChala to its audience, Uber has partnered with Shah Rukh Khan starrer Raees to convince people not to drink and drive 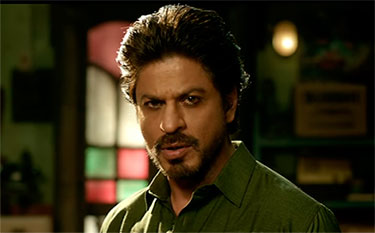 While Ola has roped in AIB to get across its message #PeekeMatChala to its audience, Uber has partnered with Shah Rukh Khan starrer Raees to convince people not to drink and drive

With Christmas celebrations just over and new year round the corner, the dangers of drinking and driving is a growing cause of concern and brands like Ola and Uber are in no mood to let this opportunity pass by.

Ola, the online transportation network company, has launched a campaign called #PeekeMatChala in view of rising cases of drinking and driving on New Year’s Eve. The campaign was flagged off on Christmas Day with a series of ‘drunk’ tweets on Ola’s twitter handle. The aim was to drive home the point that if drunk tweeting is so dangerous then imagine what drunk driving could do.

This was followed by a video by AIB in association with Ola on the best way to welcome 2017. The video features a group of friends at a New Year’s Eve party when one of them announces he’s leaving. Once they realise that he plans to drive, they try to stop him, convincing him to book an Ola if he wants to live to see 2017. In reply, he says 2016 was a very bad year, what’s the guarantee to say 2017 will be any better? The rest of the video features a song recounting everything that happened in 2016 and why 2017 will be much better. The friend is convinced and books an Ola home.

Speaking on the initiative, Raghuvesh Sarup, Head of Categories and CMO, Ola, said, “This holiday season, we at Ola encourage party-goers to take an Ola instead of driving. Ola’s #Peekematchala campaign has been created to encourage people of India to enjoy this holiday season responsibly. We are delighted to be associated with AIB in using a novel way to deliver this message.”

Ola will have leading Indian celebrities and customers, tweeting their drunken confessions in support of the campaign and looks to reach out to larger numbers and create greater impact through them.

Ola has been, in the past, committed to similar causes. Recently in Delhi, Ola partnered with Hauz Khas Village Association to encourage patrons and visitors of leading pubs and bars in Hauz Khas Village to take a safe and specially discounted Ola cab ride after a night out with friends. Additionally, on last New Year’s Eve, Ola deployed more than 500 shuttles to ferry over 10,000 people to their homes from popular hot-spots around Delhi-NCR. In Bangalore, too, Ola recently launched a campaign at Church Street Social where they installed the first of a thousand breathalysers outside the pub to encourage citizens to check their alcohol levels before making the decision to drive. They have also partnered with SABmiller on a similar initiative called ‘Respect the Road’.

Uber on the other hand rides into the party season with #DontDrinkAndDrive campaign, supported by B.A.D.D (Bars against Drunk Driving) and SaveLife Foundation.

Aimed at encouraging people to opt for alternative modes of transportation and commute while revelling in the season’s festivities, Uber will be collaborating with Bars Against Drunk Driving (BADD), which includes over 250 bars and several fine-dining restaurants across the country, to ensure patrons to keep the roads safe by avoiding drunk driving. Uber has teamed up with Shah Rukh Khan starrer Raees to prevent drunken driving on New Year’s Eve.

The video has Shah Rukh Khan asking people to have fun during the festive season but refrain from drunken driving.

“Through our #DontDrinkAndDrive campaign, we want to urge people to refrain from taking over the wheel when they are under the influence of alcohol. We believe this will contribute towards making the roads safer. We want to encourage people to make the right choices when they have alternative transportation options that are not just affordable but easily accessible. In the coming days, we will be working with the local administration and hundreds of bars and restaurants in the country to ensure that our customers can enjoy the season’s festivities without endangering their or anyone else’s safety and comfort,” said Shweta Rajpal Kohli, ?Head, Public Policy, Uber India.