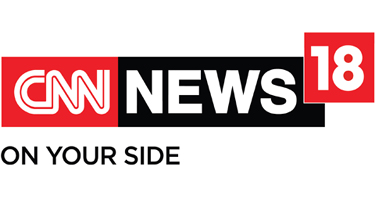 CNN-News18 has planned a special day-long programming in the form of a telethon on December 30, 2016, to mark the completion of the 50-day deadline that Prime Minister Narendra Modi had set for stability after demonetisation of old notes.

On November 8, Modi has announced a ban on Rs 500 and Rs1,000 notes, drawing both praises and flak. He had however asked the country to wait till December 30, as he promised that things will settle down in 50 days.

To mark the end of this deadline, CNN News 18 has planned a telethon where the citizens are expected to call the channel and give their comments. The purpose of this programming initiative, the channel explains, is to gauge the mood of the nation over demonetisation.

The programme will analyse the current scenario and try to get all sides of the DeMo story as it currently stands. The programme would entail ground reports from various parts of the country along with interaction with Union Cabinet Ministers such as Arun Jaitley, Ravi Shankar Prasad, Nirmala Sitharaman, Venkaiah Naidu, Piyush Goyal as well as opposition leaders like Kapil Sibal, Anand Sharma, Shashi Tharoor, Nitish Kumar to name a few.

The channel will try to speak to well-known commentators on political and economic affairs like S Gurumurthy, Surjit Bhalla, Rajiv Kumar, Anil Bokil and prominent entrepreneurs like Vijay Shekhar Sharma of Paytm and representatives of other mobile wallet companies. The channel will leverage its exclusive partnership with CNN to bring in a global perspective on the issue.

The telethon will be led by senior journalist Bhupendra Chaubey. This special telecast aims to provide an overall perspective on the demonetisation exercise and will also provide a unique platform for the common man to raise their concerns and voice their opinions.