A sneak peek into the world of vertical video ads

New-age apps and its audiences are dictating marketers an ad format that would typically have been brushed aside a few years ago. Snapchat, Instagram and Periscope are among popular platforms of vertical videos 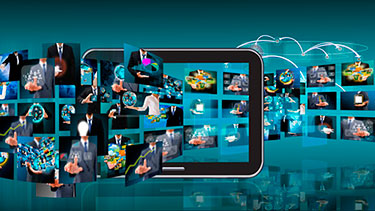 A sneak peek into the world of vertical video ads

New-age apps and its audiences are dictating marketers an ad format that would typically have been brushed aside a few years ago. Snapchat, Instagram and Periscope are among popular platforms of vertical videos

Remember the YouTube videos six-seven years ago that were shot vertically with black bars on the sides? Those videos are back. Then we didn’t know that they were vertical videos. Today with penetration of smart phones, we are fused to holding our phones vertically and hence find it convenient.

With vertical videos now being viewed nine times more than horizontal ads (source: Snapchat), these videos have found their calling. Until a few years ago, marketers would have casually shrugged off the idea of showcasing videos in vertical formats. But the emergence of this format can be widely attributed to the rising popularity of mobile apps such as Snapchat, Periscope and Instagram that allow vertical ads. Karan Gupta, CEO, Andbeyond.media, says he is glad that for once, new-age apps and its audiences are dictating marketers an ad format that would typically have been brushed aside a few years ago.

While new-age apps are dictating this ad format, publishers aren’t far behind in adopting it. In the Indian scenario, a lot of publishers ranging from the Times of India to The Hindu are using vertical video ads. Lavin Punjabi, CEO, mCanvas, is already working with a lot of publishers and brands to give consumers the best vertical video engagement experience. Imagine a car just vanishing while you are scrolling an article. I’d definitely go up and see what I missed. And boom! I’ve got the user to engage with my content. mCanvas is all about creating user friendly vertical video ads.

Punjabi says that if you don’t have that format, we’ll do it for you. “We convert horizontal video to vertical and are seeing more adoption,” says Punjabi. He says a big challenge in vertical video is production.

Giving an agency perspective, Sahil Shah, AVP-Operations, WATConsult thinks that there is huge potential for vertical videos. He said, “It's a mobile first format and snackable, the completion rates are way higher. Big players such as Facebook and YouTube have adapted to it, so there are plus points. But having said that, I see the traditional formats still remain as there is heavy consumption of video content on TV, theatres, outdoor, desktops, etc. Thus I see a healthy mix of video content being created and consumed in both formats as it totally depends on the type of videos being made, the platforms being used to disseminate content and most importantly the behaviour of viewers consuming it.”

Agencies have been adapting to trends and will continue doing so. Citing an example, Shah says he can distinctly recollect Netflix using vertical videos for the launch of Narcos Season 2.

Gupta thinks that agencies and brands are looking to adopt vertical video as a part of their advertising mix. He said, “It is highly imperative for companies to realise that traditionally shot videos on a 16:9 will not cut it in a vertical video environment as it tends to crop what may be major elements. For this, we need to look at creating video content keeping in mind social media feeds and apps that serve ads in vertical formats. Content creators have a major role to play here – this means shooting in vertical landscape, editing video specs to make it relevant to the ecosystem and making sure that the crux of the brand’s message comes through in the video even while played on mute.”

He added, “Publishers offering vertical video spaces are finding themselves adjusting to the way their audiences are consuming content today. They’re exploring the option of working with tech partners to adjust to the realities of vertical viewing; by offering ads that are mobile-first, non-intrusive, upright and at the centre of the consumer’s attention.”

Meanwhile, Jahan Vandrevala, Senior Strategist, iProspect India is of the opinion that our hands are best suited to hold objects vertically. He said, “From our surveys, we’ve noticed that 90 per cent of the times, screens are held upright, but when it comes to shooting, this format is a bit complex. Content here is something that is very important. While one should be exploring this, it’s seamless for a person to go through the entire process. This format may not be apt for movie lovers because they cannot get to enjoy the movie experience in the vertical format.”

RP Singh, Regional Head of Media, VML, SEA and India, asserts that it is not the question of potential anymore; that was about three years back. He says that it now that we are living it and how soon we can adapt to it. We are already seeing a majority of the mobile videos being vertical. Whether it is branded content or publisher content, completion rate of video is far better in vertical format than in horizontal.

From a VML perspective, Singh said that India and Indonesia are two potential markets. The reason is the mobile growth story. Both the markets are huge in terms of mobile usage.