Sodhi, EVP and Head, Digital Business, SPN explains the journey of the video on demand service over the last three years, his concerns and future plans 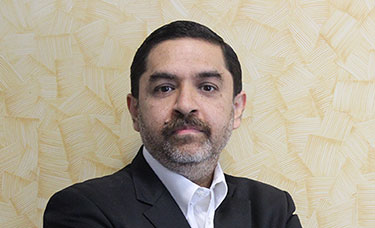 Sodhi, EVP and Head, Digital Business, SPN explains the journey of the video on demand service over the last three years, his concerns and future plans

In the last three years, SonyLiv, the premium video on demand service by Sony Pictures Networks India Private Limited (SPN), has come a long way but the ride hasn’t been exactly smooth. Going forward, it has more in store for customers, including a special show with Kapil Sharma.

“For us, it has been a great journey so far. We’ve seen the progression of the entire ecosystem and the way the entire industry has reached a point that there is visibility of an inflection point of significant growth in the coming year. We’ve seen the first two phases of development. The first phase was obviously when we were all understanding how to get things digitised and put them out there for the consumers to use. The last one-and-a-half year has seen more action in the space, primarily because we’ve seen far better bandwidth and we’ve seen significant increment in the smart phone penetration. With devices getting better, more and more content is being consumed and more time is spent of entertainment apps. Therefore, we’re excited to do more and more stuff going forward,” says Uday Sodhi, EVP and Head, Digital Business, SPN.

In an interview with BestMediaInfo.com, Sodhi shares about the journey of SonyLiv, the challenges and the way forward. Excerpts:

In the last one year, you've partnered with Arre and Mukta Arts, have broadcast La Liga and are going to broadcast Barclays ATP Would Tour Finals. How have the partnerships worked for you?

We look at what the consumer wants and there are some things that come from our TV shows. There is also a lot of content that is being developed by independent creators in India. We act as a platform for them to give them the additional reach and get their content to our consumer base. We’re in conversation with a lot of people to bring their content in and deliver it on our platform. The idea is to build the ecosystem with the partnership route and leverage our reach.

It will be a combination (original content + other genres) and we will go with what the consumer wants. The consumer comes to us for entertainment. We intend to give them a 360 degree entertainment destination, which includes shows, movies and sports. We are actively pursuing for things in these three categories and across categories. We have done about three-four original series and are in the process of coming up with three more by December this year.

Apart from our original series, we do a special show with Kapil Sharma on the digital platform called ‘Undekha Tadka’, which is the stuff that doesn’t air on television. This comes exclusively on digital and that is what we do.

We will continue to develop original series because it addresses an audience that is different from the ones who watch television shows. The content will be varied and not focussed on comedy. We will try a lot of new things and not stick to a particular genre.

In a recent article, you spoke about comedy content being an unlikely differentiator for OTT platforms. What kind of content apart from Sony SAB's comedy content works for a digital platform?

Comedy is something that has always worked well for us. It is something that is a part of us and does well because one of our channels is a comedy channel. People are always looking forward to comedy content. We also have the power of Kapil Sharma who has a lot of fans. We’re now also trying to build more and more IPs.

A few weeks back you tied up with UNICEF for an initiative, #Fairstart. What was the thought process behind the initiative?

It was a tactical Diwali effort for us. Normally around a big festival, we end up doing a short film which basically talks about how that festival is critical or important to us. We did a film called ‘Azaad’ during Independence Day. Last year we did something for family values during Diwali. This time we did gifting and giving people a chance.

What is the monetisation model for Indian OTT players considering that the players have slapped television content on the digital platform?

The model is a monetised model. Broadcasters are making money from advertisers. Of course it is at a very nascent stage to monetise from the consumer. A habit has to be inculcated and it will take time. We have seen change over the years and the years to come will see the OTT player monetising from consumers too.

Bandwidth has been a major issue for streaming for Indian OTT players. How will the growth of 4G benefit OTT players?

Bandwidth, processing speed and storage is something that one can never catch up with. In 1995 when people had 64kb storage, we thought that is the end of it. When we had very simplistic phones and mobiles, we thought likewise for that as well. Now most of the phones have the processing power of a PC. We’re going through this space of what is required in a day. Bandwidths will keep improving. The faster it improves, the faster we will consume content. In Europe we’re seeing the implementation of 5G. The point is that there is no end to our demand for bandwidth. Average bandwidths are going up. It is natural progression for the industry. 4G will only help content consumption for OTT players.

What are the challenges that OTT players face in India? How are you overcoming the same?

There are about big three challenges. First is the growth of bandwidth. Bandwidth is something that we believe is the water pipe that is required for the consumer. The numbers of penetration of bandwidth are very small (barely 60-70 million users). That number has to grow to 200-300 million users. With 4G coming through the bandwidth issue should get solved over the next couple of years. We are already seeing Airtel, Vodafone, and Reliance Jio investing heavily in giving better speeds.

The second is on the smart phone side. Better smart phones coming in the market is going to help. Most of them will have better storage so that people don’t have to worry about space.

These are the two big fundamental issues. The other one is on the payment mechanisms. Better payment systems will get monetisation in place. As these three things improve we will find significant adoption.

How do you get advertisers on board?

Brands are significantly looking at digital advertising. Therefore, they find their way to us.

Give us a sense of measurement for digital platforms.

Measurement is something which is in-grained and a part of the way we do digital business. It’s very different from the way measurement is looked at for the television industry. Digital is probably over-measured, over-analysed for the size of the business that it is. The currency in digital is CPM (counts per minute). It is actual number of ads viewed by the consumer or actual number of time your ad is displayed. That’s the currency at which it is sold and that’s how we report that to our advertisers. So there is no significant challenge in reporting. The reporting problem comes when a third party knows what my reporting is and what the others are. My advertiser and I know what my numbers are because I give him actual numbers. So it doesn’t really matter if a third party knows or not.

Although there is need for transparency wherein the industry needs to come and sit down to discuss ‘this is the reporting metrics that the advertiser will accept.’ If the advertiser wants actual numbers, which is CPM, that exists today. If some other metrics comes, then there is a need for different reporting or third party reporting. The big challenge in that is going to be fragmentation, the higher the fragmentation the more the challenges in reporting. Using the television benchmark will not work in digital.

BARC had announced of coming with a digital measurement system soon. Your thoughts.

I haven’t seen what the final recommendations on the metrics are. And have the advertisers said that this is what the metrics is going to be? They have indicated they want to put together a system, but we’ll have to see the specifics once it comes through.

Which genres of programming have highest viewership?

Big sports events have good viewership. Otherwise we have drama, comedy and our originals.

How do you see 2017 for OTT players considering that people are slowly realising that good content comes for a price?

2017 will be a big and competitive year. As the industry matures, you will see more players come to India. We’ll see more content, far better bandwidth and significant work on the digital payment front. We’ll see more advertisers buying into digital video.