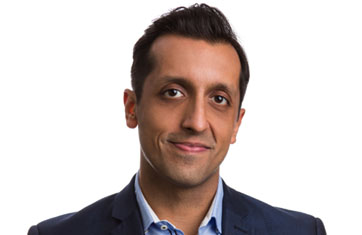 The Times Group has appointed former Twitter India head Rishi Jaitly as CEO of Times Global Partners. Jaitly had quit Twitter earlier this month as Vice-President, Asia Pacific & Middle East North Africa after a four-year stint. He was leading the Twitter teams across Asia Pacific and the Middle East, driving strategic partnerships with news, government, entertainment, sports, TV industries, and others in the mass/emerging media landscape.

In his four years at Twitter, Jaitly led the company's entry into India, as Country Head and later as Vice President, Asia Pacific, Middle East and North Africa. Earlier in his career, he was a member of Google's original India management team, helping build the India business, while also leading strategic partnerships and public affairs for the company in South Asia. Jaitly has previously served as an Aide to Google Chairman/CEO Eric Schmidt and a Director of the Knight Foundation, America's leading investor in new media and journalism innovation. An active and entrepreneurial member of communities he cares about, Jaitly is also a former Trustee of Princeton University, Director of College Summit and the Founder of Michigan Corps, Kiva Detroit and India Voices.

On his new assignment, Jaitly said, "My mission has always been to harness the power of technology and media to ensure we fully realize the untapped potential of people, communities and markets. Joining Bennett Coleman as CEO of Times Global Partners advances my mission and the work of building bridges to and within India. Expanding on the success Times Global Partners has already enjoyed, I'm looking forward to building a global business that creates value for The Times Group and global business partners who share in our excitement for the India opportunity."

Satyan Gajwani, Vice Chairman, Times Internet, said, "We are thrilled to welcome Rishi to the Times Group. In the last decade, under Rishi’s leadership, both Twitter and Google have successfully entered the Indian market, immersing themselves in every segment of the country’s business, media and digital landscapes. With Times’ resources and Rishi’s global perspective, capabilities and proven ability to lead, we are well positioned to enable the success of global companies in India and scale our business by orders of magnitude. For our current partners, and those to come, the India opportunity remains unmatched and we are pleased that Times Global Partners has become the bridge of choice into and within India."

Times Global Partners has successfully closed strategic partnerships with some of the world's leading technology and media platforms, deals that have facilitated India market entry and growth for Uber, Airbnb, Coursera, Vice, Huffington Post, and others. As India's largest media company, which also publishes the world's most widely-circulated English-language newspaper, The Times Group has unmatched ability to provide creative counsel, operational support and meaningful visibility to businesses looking to tap into one of the world's largest Internet and mobile markets.